In 2009, Adam Lowy was helping out at his family’s moving company when he noticed that many people left behind — or threw away — perfectly edible food when they moved.

So he started asking people if they’d like to donate it instead.

In one month, he collected more than 300 pounds of food for food banks to distribute to people in need — and the nonprofit organization Move for Hunger was born.

More than 40 million Americans are experiencing food insecurity, meaning they don’t know where their next meal is coming from or when they’ll get to eat it. At the same time, the U.S. throws out 30-40% of its food every year — 133 billion pounds of food.

Move for Hunger’s goal is to get at least some of that potentially wasted food into the stomachs of people who need it.

Today, the nonprofit works with more than 1,035 moving companies in North America, as well as a network of real estate professionals, apartment communities, and housing providers.

When a person gives notice that they’re going to relocate, Move for Hunger sends a letter asking if they’d like to donate any food when they leave. If so, all the person has to do is set the food aside — a local moving company will pack it up and transport it to a food bank.

Since 2009, Move for Hunger has collected more than 19 million pounds of food — enough for 16 million meals.

Not all of that food was donated by people who were moving, either — the nonprofit also coordinates creatively themed food drives with local organizations.

In 2020, Move for Hunger delivered more than 5 million pounds of food — a 39% increase over its previous single-year record — and Lowy has no plans for the nonprofit to slow down. 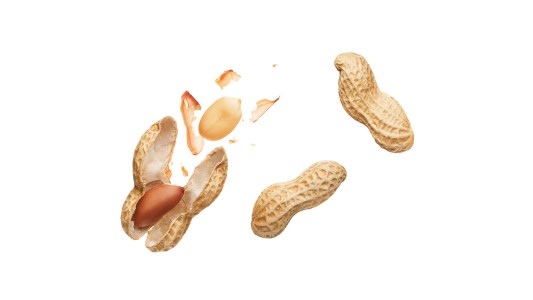 Immunotherapy for allergies can help reduce allergic reactions, but it needs to be daily. Could toothpaste provide a solution?

Food
This startup is creating a toothpaste for your peanut allergy
Subscribe to Freethink for more great stories
Subscription Center
Sections
Video
Freethink
Subscribe
We focus on solutions: the smartest people, the biggest ideas, and the most ground breaking technology shaping our future.
Subscribe