If you take a look at the “The Dad Gang” Instagram account, you’ll see pictures of modern parenthood: a family snuggling on the sofa, a tween practicing cheerleading moves with her parents, and a daddy washing his daughter’s hair in the sink. But, what makes this page unique is that every image is of a black father. Sean Williams, the creator of The Dad Gang, says that positive images of black parenting are sparse — something he hopes to change.

When Williams’s daughter was still a baby they were living in a predominantly white area of Long Island. Because he was working from home, Williams toted the little one with him on errands. Everywhere he went he received “good dad” compliments, Williams told Essence. When he realized they were fueled by the stereotype of black dads being absent from child-rearing, he decided to do something to change that perception.

“I spoke with my friends who are all active black dads and asked them if they had similar experiences,” Williams told The Washington Post. “The answer was yes.”

In fact, according to a 2013 study by the National Center for Health Statistics, black fathers are far from absent. They are more likely to bathe, dress, or diaper their kids daily — as well to eat daily meals with their children — than their Hispanic or white counterparts.

Williams launched The Dad Gang Instagram account to change negative stereotypes of black fatherhood. The account has garnered a large following of over 86 thousand, and now supports a website and events, like their nationwide Strollin’ With the Homies tour, launched last June.

“The purpose of the stroll was to visually demonstrate the strength of black fatherhood. I don’t think anyone has seen black dads congregate and connect on such a large scale like that,” Williams told The Washington Post. “It became a real movement after that.”

This Father’s Day, they are organizing a peaceful march against social injustice for dads and their children. The march begins at the National Museum of African American History in Washington D.C. with a rally and guest speakers and ends at the Black Lives Matter Plaza.

At its core, The Dad Gang is a community of dads that celebrate strong father/child relationships by sharing photos of uplifting, real dad moments, parenting tips, social events.

“I hope it sticks in the minds of those who thought we were MIA … that despite what the world says, despite the stereotypes that are out there, we are dad goals,” Williams told CBS News.

Neuroscience
How neuroscience can make us better parents
Kids’ brains develop in four main stages. Each has its own particular set of advancements and challenges for parents.
By Philip Perry 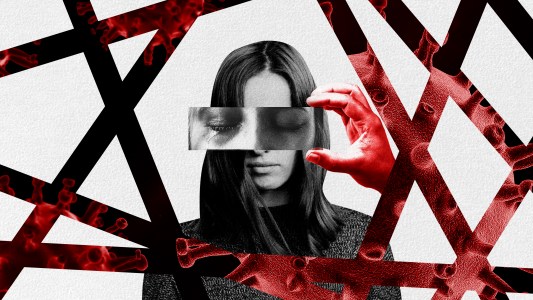 Coronavirus lockdowns may be the impetus for rising occurrences of child and domestic abuse. Advocates find creative solutions.

Family
Domestic abuse is surging under lockdown. can we stem the tide?
By Teresa Carey
Subscribe to Freethink for more great stories
Subscription Center
Sections
Video
Freethink
Subscribe
We focus on solutions: the smartest people, the biggest ideas, and the most ground breaking technology shaping our future.
Subscribe