A Colorado startup is building an astronaut training center where civilians will have a chance to prepare their tech — and themselves — for spaceflight.

The challenge: Thanks to reusable rockets and other recent advances, the cost of reaching space has fallen dramatically. This is creating new opportunities for off-world research, tourism, and manufacturing.

Right now, there isn’t anywhere private astronauts can fully prepare for flight, though — they can go to the NASTAR Center for centrifuge training, for example, but will have to book a flight with Zero-G if they want to experience weightlessness before heading into space.

Many researchers and companies looking to send experiments, satellites, or space factories into orbit, meanwhile, lack a place to test the technologies — that means they may spend money on a launch only to find out the equipment doesn’t work in the harsh space environment.

The idea: Astrophysicist and former aerospace engineer Maraia Tanner has now founded Star Harbor, a startup that plans to build a 53-acre campus for astronaut training and space R&D in Lone Tree, Colorado.

“There’s really no resources available for spaceflight training now if NASA is not involved,” she told the Denver Business Journal. “We would be the first center for this available to the commercial space industry.”

“We would be the first center for this available to the commercial space industry.”

In addition to offering private astronaut training, Star Harbor will work with researchers to develop their space tech at the campus — it may even accept payment in the form of equity, Tanner told Ars Technica, taking on an incubator type of role.

“I think that there is a lot of new technology and new ideas being brought to the forefront,” she said. “But there’s a bottleneck in moving them forward that we’re really looking to assist with.”

Looking ahead: It’s not clear whether Star Harbor has raised the money needed to build its campus, yet — in the same press release announcing the project, the company also announced that it just launched a Series B fundraising round that ends in July 2022.

However, Star Harbor has already purchased the land for the campus, and its impressive team, which includes private astronaut Sian Proctor and retired NASA astronaut Ronald Garan Jr., could help it earn the confidence of future investors.

As it stands, the startup expects to begin operations at its campus in 2026 and says it has already established partnerships and agreements with more than 30 companies, schools, and government entities.

“There is an unprecedented renaissance occurring within the space industry today … We have the opportunity to foster a new generation of explorers, innovators, entrepreneurs, educators, and technologies to leave a powerful, positive legacy for generations to come,” Tanner said. 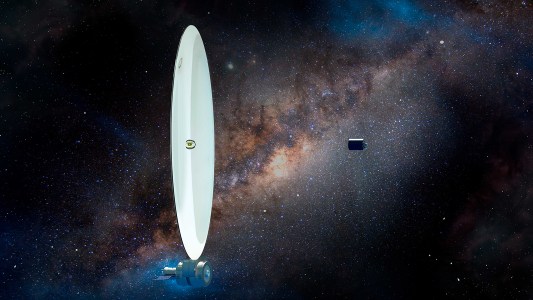 NASA recently tested a liquid lens technology that could make a space telescope so large it would dwarf all that have come before.