NASA just paid Colorado startup Lunar Outpost $.10 for meeting the first part of its moon mining contract. But don’t let the low dollar amount fool you — this payment could have major implications for human space exploration.

The challenge: Every extra ounce of payload increases the cost of a space mission. By figuring out how to mine and use any soil, water, and other resources that may already be on the moon, Mars, and beyond, NASA could cut the cost of sending people beyond Earth.

“Space resources will play a key role in NASA’s Artemis program and the future of space exploration,” NASA Administrator Bill Nelson said at the recent Space Symposium in Colorado.

“The ability to extract and use extra terrestrial resources will ensure Artemis operations can be conducted safely and sustainably in support of human exploration,” he continued.

Moon mining partnerships: Rather than relying on its own missions — which can move slowly due to government red tape — NASA wants to partner with the private sector to explore the potential of moon mining.

In December 2020, it signed contracts with four companies, agreeing to pay them between $1 and $15,000 to collect samples of moon dust — Lunar Outpost was the company that submitted the lowest bid.

Obviously, the contract amounts won’t be enough to actually fund the moon mining missions, but the idea behind them is to set a precedent for how NASA pays for space resources collected by the private sector.

“This sets a legal and procedural framework that will be utilized for generations and decades to come for companies like ours and many others to go out and collect resources from the lunar surface from other planetary bodies and make them basically useful for humanity,” Cyrus said.

Fulfilling the contract: NASA agreed to pay Lunar Outpost 10% of the contract once its moon mining plan passed a review milestone, and the agency stuck to its word, presenting CEO Justin Cyrus with a check for $.10 at the Space Symposium.

In late 2022, Lunar Outpost’s Mobile Autonomous Prospecting Platform (MAPP) rover will land on the moon as part of a mission with Nokia to establish a lunar mobile network. MAPP will make its attempt at moon mining for NASA then, collecting about 100 grams of lunar dust.

The contract will be considered complete once Lunar Outpost provides NASA with images of the sample and the collection process and transfers ownership of the moon rocks to the agency —  it’ll be NASA’s responsibility to retrieve the sample (if it wants to). 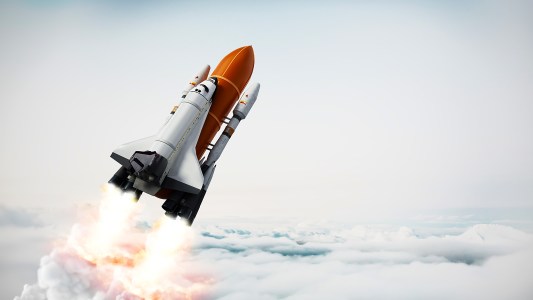 The space race is heating up, but many legal issues are still open to debate.

Outer Space
Can we (legally) colonize space?
By Hope Reese
Subscribe to Freethink for more great stories
Subscription Center
Sections
Video
Freethink
Subscribe
We focus on solutions: the smartest people, the biggest ideas, and the most ground breaking technology shaping our future.
Subscribe