NASA’s Perseverance rover has begun its second campaign on Mars — and this is the part of its mission most likely to produce evidence of ancient Martian life.

The past: The Perseverance rover landed in the middle of Mars’ 28-mile-wide Jezero Crater in February 2021.

It then spent about 14 Earth months on its Crater Floor Campaign, studying the Martian atmosphere, collecting 8 rock core samples, and supporting 27 flights by its helicopter sidekick, Ingenuity.

“​The delta at Jezero Crater promises to be a veritable geologic feast.”

The present: Percy’s main purpose is to collect samples that contain evidence of past life on Mars, and on April 18, the rover kicked off its Delta Front Campaign — the part of its mission most likely to achieve that goal.

​​“The delta at Jezero Crater promises to be a veritable geologic feast and one of the best locations on Mars to look for signs of past microscopic life,” said Thomas Zurbuchen, the associate administrator of NASA’s Science Mission Directorate.

“The answers are out there,” he continued, “and Team Perseverance is ready to find them.”

The Perseverance rover will now travel up a gentle incline called Hawksbill Gap to a location dubbed Rocky Top. During the trip, it will stop to study and collect samples of rocks that look like they may contain evidence of past life on Mars.

“The rover has an amazing suite of instruments that can tell us about the chemistry, mineralogy, and structure of the delta, by examining the sediments all the way down to the scale of a grain of salt,” Briony Horgan, a Mars 2020 mission scientist, told BBC News.

The rover will then return to the crater floor, collecting more samples from promising locations along the way. It’ll stash these samples and others at the base of the delta where they’ll be retrieved and brought to Earth during the Mars Sample Return mission.

The future: The Delta Front Campaign is expected to take about six Earth months, and once it wraps, the Perseverance rover will ascend the delta once again (perhaps via a different route) to kick off its third campaign: Delta Top.

“Higher up the delta, we can look at sand and rock fragments that came from upstream, perhaps from miles away,” said Ken Farley, Perseverance project scientist. “These are locations the rover will never visit.”

“We can take advantage of an ancient Martian river that brought the planet’s geological secrets to us,” he continued. 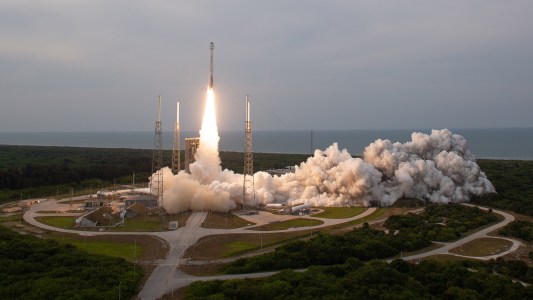 Aerospace
Boeing’s Starliner is finally on its way to the ISS (Updated)
Subscribe to Freethink for more great stories
Subscription Center
Sections
Video
Freethink
Subscribe
We focus on solutions: the smartest people, the biggest ideas, and the most ground breaking technology shaping our future.
Subscribe