For decades, access to space was limited to governments, militaries, and other groups with the really big budgets needed to launch rockets.

That’s going to change. Cutting the cost of putting small payloads into orbit could give startups, academics, and others access to the space environment, potentially leading to breakthroughs in everything from manufacturing to climate research.

Now, a Ukraine-based aerospace startup is developing a lightweight rocket it believes will make these cheaper launches a reality — by devouring itself during flight.

Today’s rockets all work in basically the same way. We load them up with a liquid or solid fuel, and then ignite it. The burning gas shoots out the back of the rocket, producing the thrust the rocket needs to break free of Earth’s surface and travel through space.

The amount of thrust needed to move a rocket is tied to its mass: the bigger the rocket, the more thrust you need. But to produce more thrust, you need more fuel and bigger fuel tanks — and that makes the rocket even heavier.

These constraints make rocket launches frustratingly inefficient, with a rocket’s propellant often accounting for 90% of its mass — we’re essentially using a lot of expensive fuel to send a relatively small payload into orbit.

Cutting the cost of putting small payloads into orbit could give startups, academics, and others access to the space environment.

The mass/propellant trade-off also prevents us from being able to reach space with smaller rockets.

“If you try to scale down, the volume of propellant falls more quickly than the mass of the structure, so there is a limit to how small you can go,” Patrick Harkness, a University of Glasgow engineer, explained in 2018. “You will be left with a vehicle that is smaller but, proportionately, too heavy to reach an orbital speed.”

So, with larger rockets as the only option, researchers with smaller experiments are typically forced to work around the schedules of rocket companies that offer rideshares, using one big rocket to put payloads from multiple customers into orbit at once.

In 2018, Harkness co-lead a study with Ukrainian engineer Vitaliy Yemetsc to develop and test a new type of engine they believed would allow for more efficient launches with smaller rockets.

Instead of storing all of the propellant in heavy tanks — which also often end up orbiting our planet as space junk — the researchers proposed creating the body of the rocket itself out of a kind of fuel (hard plastic, filled with powdered ​​oxidants).

As the rocket flies, their specially designed engine could devour its body as fuel, simultaneously reducing the rocket’s mass while allowing it to create more thrust.

“During the ascent the engine will work its way up along the body of the rocket, consuming [it],” Harkness told BBC News in 2018. “So by the end of the flight, only the payload and the empty engine enter space.”

For the 2018 study, the team built and test fired one of these “autophage engines” and demonstrated that they could throttle it — increase or decrease the amount of thrust it produced — by adjusting the speed at which the rocket ate itself.

To bring the “self-devouring” rocket to market, Yemetsc co-founded Promin Aerospace with Misha Rudominski, a 22-year-old Kiev-born astrophysicist, in early 2021.

Over the past several months, the startup has conducted experiments that are helping it refine the design of the rocket’s engine, nozzle, fuel feeder, and more.

It now anticipates being able to send payloads weighing less than 6.6 pounds into space on rockets with an incredibly low starting weight of just 220 pounds, with a cost below $200,000 per launch.

These advances would be impressive for any new aerospace company, but they’re particularly remarkable given that Promin’s employees are based in Ukraine, which has been at war with Russia since February 2022.

“Our engineering team has decided to continue its technical development work along with additional daily responsibilities to protect their families,” ​​Volodymyr Kravchuk, Promin’s head of communications, told SpaceNews in March 2022.

“Some are strengthening the city defenses; some are helping the Ukrainian army with medicines, ammunition, and food,” he added.

“Ukrainian space companies are not just continuing their work; they are also helping the country and the population by fulfilling their civic duty,” said Rudominski in March 2022. “After our victory, this powerful potential will be fully realized.” 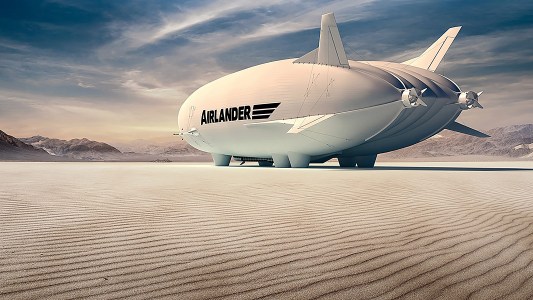