When Tobi Wolfson was three years old, her older brother handed down his Super Nintendo, and it became her most prized possession. She continued to love and excel at video games throughout her childhood. It wasn’t until nearly two decades later that she made the connection between gaming and her identity as a trans woman.

“The escapism, the ability to not think about my body as my body, as much as, like, the vessel to control Mario,” she said, helped her get through difficult times.

Wolfson’s passion for video games turned into an interest in virtual reality (VR) at just the right time. In 2015, after coming out as trans and beginning hormone therapy, she got a Samsung Gear, one of the first mass-market VR headsets.

She would spend hours with the headset on, sitting on a virtual beach, listening to podcasts, her legs “criss-cross applesauce,” just like her female avatar. That was the first time she was able to leave behind her gender dysphoria and experience what she calls “gender euphoria.”

It’s not unusual for people to escape into their imagination as a way of coping with real-life struggles, but for most, technology like video games and VR are just a diversion, a self-help way of relieving stress. Increasingly, however, mental health professionals are looking to capitalize on the tech that is already captivating so much of our attention, meeting patients where they are — often, on a screen.

Apps like TalkSpace and BetterHelp are connecting people with real therapists via text or video. Traditional therapists are increasingly offering these services too, conducting “tele-therapy” sessions on Skype and recommending online learning resources. And, in the most experimental corners of the counseling world, researchers and clinicians are going a step further, using virtual reality, augmented reality (AR), and even artificial intelligence (AI) to understand, evaluate, and treat patients.

Wolfson didn’t do her VR sessions in a clinical context, but she discussed them with her therapist, who couldn’t deny the profound impact they had on her sense of self. At the time, there wasn’t much research on using VR in clinical therapy, but that is starting to change.

Research on using VR specifically to help transgender people is ongoing, although no major clinical trials have been conducted (and individual experiences do vary). However, there is mounting evidence that spending time in virtual reality can have broader therapeutic benefits, especially for people combating phobias, anxiety, and post-traumatic stress disorder (PTSD).

In 2003, with the wars in Iraq and Afghanistan raging, USC researcher Albert “Skip” Rizzo started reworking an Army training simulation video game into a virtual tool for treating PTSD. At first, he struggled to get funding, because officials weren’t sure there was a great need. Rizzo remembers the day that changed: July 1, 2004, when a paper was published in the New England Journal of Medicine showing that many veterans were coming home with symptoms of PTSD. Shortly after, Rizzo got the call telling him the government was ready to help fund a prototype.

That prototype has since turned into Bravemind, a VR system worn by a patient and controlled by a clinician, which immerses the subject in surroundings similar to their traumatic experience. The clinician prompts the patient to talk through what happened to them while they experience the simulation, which has been shown to lead to a deeper, more emotional response than imagination alone. The clinician can manipulate the virtual world to better match the patient’s narrative, allowing them to work through the emotions and physiological responses the experience continues to evoke.

“We don’t stray far from theory and established practice,” Rizzo said. “We should always be looking at what’s theoretically informed in reality and start from that point, then evolve the technological approach.”

Although his research hasn’t created “some magic treatment process,” he said, this tech has created real value for some patients. If exposure therapy using memory and imagination isn’t enough, and if gaming in a virtual world already feels safe, VR can offer tangible therapeutic benefits.

A 2017 paper showed that using Bravemind in clinical trials led to “both statistically and clinically meaningful reductions in PTSD, anxiety and depression symptoms.” A small 2019 study in the Journal of Anxiety Disorders showed that out of nine participants, seven saw a clinically significant reduction in symptoms after completing the Bravemind treatment. In fact, the number of participants who met the diagnostic criteria for PTSD at all dropped immediately from nine to five, and down to three after three months.

“I have to base my theory on behavioral psychology, with the exposure leading to reconditioning of the brain,” Rizzo said, “but I certainly believe (with VR) the cognitive processing and interaction with the therapists, who are creating a sort of a shared experience, goes beyond what’s possible in the hidden world of imagination.”

Bravemind has been used across the country at military bases, VA hospitals, and university clinics. Rizzo is applying for funding to build a proper registry, but he estimates between 2,000 and 5,000 veterans have used the system to date.

When Rizzo first started working on VR for therapy, the rigs cost thousands of dollars. Now, anyone can get a pretty good virtual reality headset for around $300. Some don’t even require a computer — the Google Cardboard and similar frames cost less than $20 and only need a smartphone.

This evolution is democratizing the technology, which could benefit more people like Wolfson who are searching for therapeutic options at home. However, experts are careful to note that exposure therapy with VR should be done under the supervision of an experienced professional.

Virtual reality therapy is not for everyone, and it may still be cheaper and more effective for many people to have traditional, face-to-face treatment. Some patients may have physical disabilities that prevent them from using or fully experiencing VR, and others might feel the equipment is too cumbersome or claustrophobic. The treatment also has not been extensively studied with children.

“As a trans girl who didn’t know she was a trans girl, the idea that someday I would be able to live in a different body, if only for a few minutes at a time, got me through.”

“I don’t think this will be the predominant form of therapy,” Schueller said, “but I think it will have its place.”

In the meantime, for people like Wolfson, simply having the self-help option of blocking out the world with a headset and embodying someone else can be a life-saver.

“When I was younger, I was one of the few people in my vicinity who believed that VR was going to be a thing,” she said. “As a trans girl who didn’t know she was a trans girl, the idea that someday I would be able to live in a different body, if only for a few minutes at a time, got me through.”

Rizzo thinks the next five years in psych technology will be contentious. His team has been working for several years on an AI that can evaluate people who may be suffering from PTSD, reading their faces and voices for clues. Combined with the development of virtual reality therapy and the proliferation of mental health apps, he wonders where the future will take us.

“Will we build health care applications that purport to eliminate the need for a clinician?” he asks. “And should we?”

Want to learn more about how virtual reality can influence healthcare? Take a look at our video, Bringing Virtual Reality to Brain Surgery.

Correction: An earlier version of this piece incorrectly listed Skip Rizzo’s affiliation. He is at USC, not UC Berkeley.

Kaitlin Ugolik Phillips is a journalist and editor who lives in Raleigh, North Carolina. Her forthcoming book is The Future of Feeling: Building Empathy in a Tech-Obsessed World (February 2020).

VR
We can now explore Meta’s first virtual world
Meta (formerly Facebook) has opened up access to Horizon Worlds, its virtual world for the metaverse, to all adults in the U.S. and Canada.
Up Next 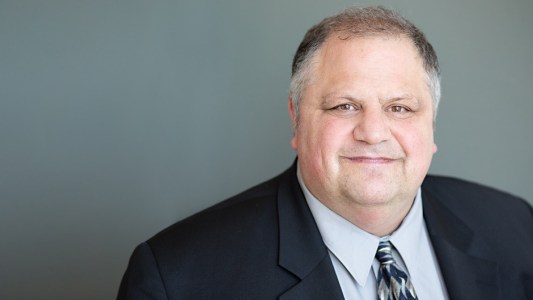 Neurodiversity
Is autism a mysterious medical condition or part of the spectrum of human diversity?
Subscribe to Freethink for more great stories
Subscription Center
Challenges
Video
Freethink
Subscribe
We focus on solutions: the smartest people, the biggest ideas, and the most ground breaking technology shaping our future.
Subscribe