Fast-growing datasets make soccer an attractive option for AI in sports, and the game provides an inherent amount of chaos that strategy board games like chess and Go cannot.

“A game like football is super interesting because there are a lot of agents present, there’s competition and collaborative aspects,” DeepMind researcher Karl Tuyls told Katwala.

While taking in a match one day in 1950, Reep grew frustrated with the impotent attack of the lower division teams, as foray after foray ended without a goal. At halftime he grabbed a notebook and pencil and began writing down what he saw on the field, counting passes and shots — putting numbers to actions.

It was one of the first attempts to use data to analyze a game.

Since then, of course, analytics have taken over sports from baseball and basketball to Formula 1.

And where there’s data, there’s a chance for AI to make the most of it.

AI in sports provides researchers with a unique environment to test how humans and AI can work together “making complex, real-time decisions,” DeepMind put it in a blog post, in a dynamic setting with lots of variables and people.

Sports data has grown rapidly, the authors write, with vast improvements made not only in the quantity of the data, but the granularity as well.

Insofar as AI in sports goes, soccer’s been a bit late to adapt; the game’s free-flowing, hard to control nature — and a deeply-rooted belief in trusting decisions to people who have experience on the pitch — are potentially holding it back.

But that’s changing, and GPS trackers, sensors, and computer vision arrays have created a universe of soccer data for DeepMind to sift through.

In a paper published in the Journal of Artificial Intelligence Research, Tuyls and the other DeepMind researchers lay out some of the potential applications for AI in sports.

The club and DeepMind worked together on the research paper, with the Reds giving the researchers access to data from all of their Premier Leagues games from 2017-2019, Katwala writes.

For Liverpool, AI’s prediction-making abilities may be among its most useful applications. By plugging in data for various teams and scenarios, the AI can predict what will happen for any given action — who you shouldn’t try a long kick against, for example, or how changing one of your defenders will impact the game.

This is all stuff that coaches already try to take into account — and why experience is considered so important. But there’s “lots to digest and it’s not necessarily so easy to handle these masses of data,” Tuyls says. “We’re trying to build assistive technology.”

The paper also analyzed 12,000 penalty kicks across European soccer. A penalty kick finds the player one-on-one with the goalie; these pressure-packed moments can lead to either triumph or a sputtering, heart-rending choke. DeepMind was able to categorize players and predict where they were most likely to shoot the ball — bottom left corner, for example — and the odds that they’d score.

(It also teased out an optimal strategy: players should kick to their strongest side, natch.)

AI models may be able to work out counterfactuals, as well, trying to figure out how much impact one decision had on an outcome.

“They could be used in the post-match analysis to demonstrate to players why they should have passed the ball in a particular situation instead of trying to shoot,” Katwala writes. Or a model that has been fed player’s strength and fitness data may be able to spot signs of fatigue faster than a coach, whose focus is being pulled in multiple directions at all times.

Tuyls doesn’t believe AI is going to replace managers anytime soon, although he expects its impacts to be felt in the coming decade; rather, they will provide new insights and tools to an old game. 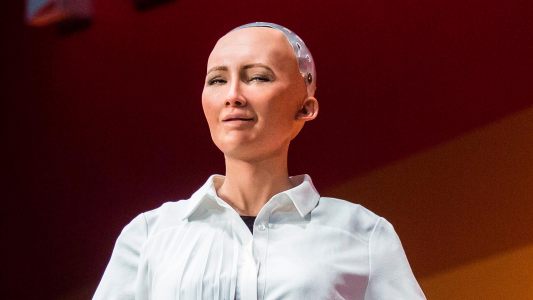 Can we teach AI sarcasm? Should we?