There’s more than threes in the air at a Warriors game.

Ricocheting around in an invisible cloud in Golden State’s Chase Center is data, and lots of it, Axios reports.

The NBA team’s partnership with Google Cloud — initially struck in 2019, when the team’s new arena opened in San Francisco — uses their gargantuan neighbor’s services to collect and analyze tons of data, with the goal of providing insights and analysis to the coaching staff and players, as well the fans in the stands.

Using information gleaned from fan choices on food to music to maps, the Warriors attempt to optimize the fan experience — and gather valuable personal data.

Using information gleaned from fan choices on food to music to maps, the Warriors attempt to optimize the fan experience — and gather valuable personal data.

Tech-enhanced fan experience: “When we moved to Chase Center, it gave us an opportunity to rethink our technology and really start from scratch,” Warriors VP of technology Daniel Brusilovsky told Axios.

When the arena opened for the 2019-’20 season, they started offering their season ticket holders the choice between traditional paper tickets or linking up their info with their phone, which — perhaps unsurprisingly — roughly two-thirds of fans did, Axios says.

That tack towards a tech-driven fan experience was only accelerated by COVID-19, which spurred the team into mobile-only ticketing and contactless payment systems when the arena was open to fans again.

By finding out what types of food choices their fans make or what their favorite genre of music is, they say they can tailor both their fan experience and their sales pitches.

Fans who list rap music as their favorite genre may get push notifications for when artists who fit the bill are heading to Chase Center, Axios reports, using Lizzo’s upcoming show as an example.

The Accenture-developed app provides schedules, in-game stats, and transportation info, according to the company’s internal case study; it also uses past shopping and activity habits as a way to connect the fan experience to nearby restaurants and businesses beyond the arena.

Now, there’s certainly more problematic companies to feed your data than an NBA team, but it is a lot of information tied to your leisure — it’s, by definition, personal.

To assuage privacy concerns, the Warriors say all data sharing is opt-in only, Axios reported, and it can be used in a “guest mode” where personal information is not gathered.

Competition in the clouds: As Sports Business Journal’s SportTechie pointed out, the Warriors are far from the only ones turning to cloud collation and analysis of data.

Both Formula 1 and the NFL use Amazon Web Services to track and produce “Next Gen Stats,” like odds of an overtake or a successful catch. (But quit trying to make “stat that” happen, NFL. It’s not gonna happen.)

And, as it has in basically every other field, AI has taken to the pitch as well, like Liverpool teaming up with DeepMind in an attempt to mine insights from the other football. 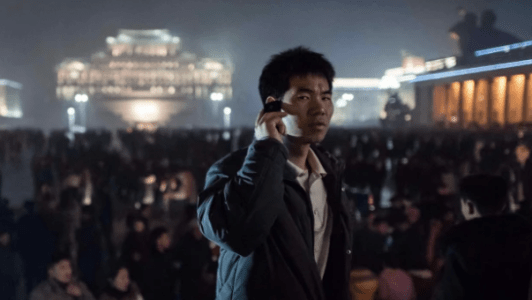