When it comes to climate change, solving the challenge seems insurmountable. Research shows that even if we cut greenhouse gas emissions now, the Earth could continue to warm. It could be decades before we start to see global warming slow down.

But scientists and companies are working on solutions — something to soak up and store the excess carbon in our atmosphere: from wild ideas like carbon-capturing balloons and industrial atmosphere scrubbing machines to enhancing nature as a remedy with offshore kelp farms or genetically modified trees.

But we need climate transparency to help us understand what is working and what isn’t.

A new project called Climate TRACE is taking climate transparency to the next level by building an independent database that monitors and records emissions throughout the world. The project is a record of greenhouse gas emissions, continuously updated, in unprecedented detail.

Until now, comprehensively tracking greenhouse gas emissions has been difficult. It relies on individual countries or companies to take the initiative. But the cost of tracking devices is beyond reach for many, and often the price outweighs the possible benefits, reports Quartz. Plus, some companies or countries that can afford it to track, aren’t exactly incentivized to do so.

How it works: Climate TRACE, which stands for tracking real-time atmospheric carbon emissions, is a combination of remote sensing technology and artificial intelligence. Sensors and satellites track emissions, while AI uses that data to estimate emissions in near-real-time.

“We train maching learning algorithms to match what we can see [from satellites] with what we know is true.”

Each team member of the Climate TRACE coalition behind the project is responsible for measuring emissions from a particular economic sector. Gavin McCormick, the co-founder and executive director of WattTime, a member of the project, leads a team tracking power generation emissions.

“We train machine learning algorithms to match what we can see [from satellites] with what we know is true,” he told Quartz.

The team uses detailed data on power plant emissions and satellite imagery to train a computer algorithm to estimate emissions merely by looking at the photographs. Then with data from news announcements and even social media, they locate power plants and collect satellite images. These photos are sent into Climate Trace’s artificial intelligence model, which generates emissions projections for power plants all across the world.

“We’re doing more things like using visible light to see cloud plumes of steam coming out of power plants, and then cross-verifying against instruments that for example detect heat,” Gavin McCormick told Axios. “And then really subtle things like water ripples, if a factory or power plant has cooling water in a river, we can actually tell a lot, because the river ripples from it.”

The tracker offers accurate intelligence to NGOs, governments, and the UN so they can identify the worst offenders and compel them to find ways to curb emissions. Now, when a country pledges to cut emissions by 20%, Climate TRACE can hold them to their word by making it easy for anyone to check upon them.

The project is a large collaboration between many tech companies, nonprofits, and politicians, including Al Gore, funded by Google.

Climate TRACE released its first dataset in September. The interactive site allows users to play with the data — comparing emissions by country or industry across time. In recent years, the emissions from manufacturing have increased, while emissions from transportation have dropped. The data contains specific information on industries in the United States and China, the world’s biggest greenhouse gas emitters, and other countries.

The future: Climate TRACE may be the most comprehensive picture to date on emissions across the globe, but they aren’t the only ones working on this.

“When investors who are committed to net zero portfolios can see for themselves exactly what the emissions are in from companies that they are considering for inclusion in their portfolios, they can make more precise and intelligent decisions.”

Satellite data is becoming more accurate and precise that now scientists can use it to pinpoint hot spots of greenhouse gasses and identify the source. For example, Methane Watch taps satellites to monitor methane emissions (also a greenhouse gas) in fine detail. Al Gore said that Climate TRACE could give financial investors more information on their portfolios — especially for clients that want green investments.

“When investors who are committed to net zero portfolios can see for themselves exactly what the emissions are in from companies that they are considering for inclusion in their portfolios, they can make more precise and intelligent decisions,” he told Axios.

And, in the vein of climate transparency, Climate TRACE can display estimates from different sectors — like transportation and agriculture. This could provide insight into areas where governments should focus. For example, according to the project’s estimates, 303.96 billion tons of carbon was released from January 2015 to December 2020, with the most coming from power generation — reinforcing that focusing on renewable, clean energy should be a priority. 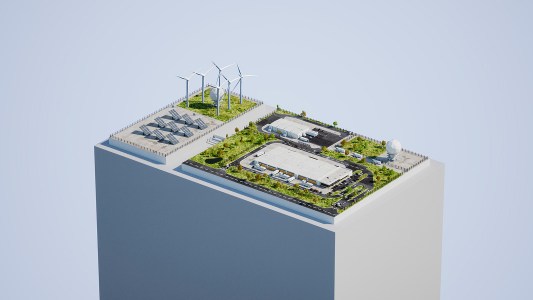 Big Tech
Data centers need to be greener — Microsoft is leading the way
By Kristin Houser
Subscribe to Freethink for more great stories
Subscription Center
Sections
Video
Freethink
Subscribe
We focus on solutions: the smartest people, the biggest ideas, and the most ground breaking technology shaping our future.
Subscribe