Even the most advanced AIs stumble when trying to generate or understand human language, and that’s preventing the systems from being as useful to us as they could be.

Now, IBM (creator of the Watson AI, which famously mastered Jeopardy!) has developed an AI debater that can not only craft arguments in natural human language, but also defend them — and it might one day help you make better decisions.

IBM’s AI doesn’t debate the same way you and your SO might “debate” where to eat for dinner — kicking around vague thoughts, feelings, pros and cons.

Instead, it’s trained to engage in formal debates. Those are the kind where two people on opposing sides of a proposition deliver timed arguments and rebuttals in front of judges.

The best debaters are wordsmiths, weaving facts into clear, well-organized arguments that hold up under intense scrutiny.

That’s hard enough for humans to do, but it’s a seemingly impossible task for an AI. Still, IBM decided to attempt it with Project Debater — and the success has been remarkable.

For Project Debater, IBM trained an AI to sift through newspaper and journal articles, looking for claims and evidence to support an argument. That process is called “argument mining,” and until recently, it was something only humans could do.

But AI has gotten so good that it can now spot the kind of words that indicate someone is making an argument and citing evidence for it.

Trained on these arguments, the system could debate topics it’d never tackled before — after just a few minutes of prep time, it would have a four-minute long argument ready to go.

The AI debater could also listen to an opponent’s argument and form a rebuttal.

IBM worked on Project Debater for six years before debuting the project in 2018, putting its AI debater up against a human expert in a live event.

The AI debated several other experts the following year, and while it scored lower than the humans on average, audience members have rated the AI’s performance as “decent” — a major win given the difficulty of the task.

Some audience members who said they were on the opposite side of a topic before the debates were even swayed to change their minds after listening to the AI’s arguments.

The Future of Reasoning

IBM has now published a paper on Project Debater in the journal Nature. It’s also made a dozen of the AI’s underlying technologies freely available to academics and licensable to developers.

Though the AI isn’t yet as convincing as the best human debaters, the hope is that it one day may be able to sift through the expansive amount of text online to quickly form well-researched, factually supported arguments on complex subjects.

There’s an urgent need for humans to be supported in navigating complex arguments.

If so, the AI debater could eventually be used in an app that you can use when you’re trying to make up your own mind on a topic — you could look at the AI’s arguments and rebuttals, then come to a conclusion for yourself.

“(Project Debater’s) successes offer a tantalizing glimpse of how an AI system could work with the web of arguments that humans interpret with such apparent ease,” Chris Reed, head of the University of Dundee’s Center for Argument Technology, who wasn’t involved in the study, wrote in a commentary published in Nature.

“Given the wildfires of fake news, the polarization of public opinion, and the ubiquity of lazy reasoning,” he continued, “that ease belies an urgent need for humans to be supported in creating, processing, navigating, and sharing complex arguments — support that AI might be able to supply.” 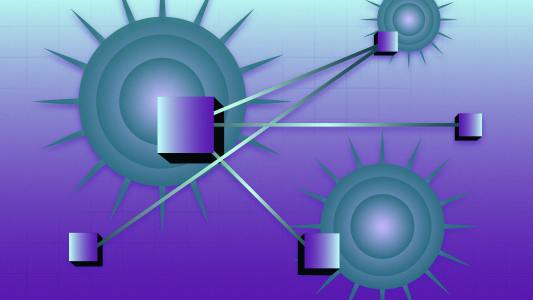