A new cardiac patch developed by Canadian researchers is both electrically conductive and flexible enough to be placed without risky open-chest surgery — two qualities that could give it an advantage over existing patches used to repair heart damage.

The challenge: A heart attack occurs when the flow of blood into the organ is blocked, and without a steady supply of blood, tissue in the heart can become damaged or destroyed.

Because the heart can’t easily repair itself, this dead tissue will remain even after blood flow is restored by medication or surgery. Eventually, it might turn into scar tissue, which can’t contract or conduct electricity — hindering the heart’s ability to function.

Too much scar tissue, and a person can experience heart failure and require an organ transplant.

A cardiac patch: While the heart can’t repair damaged tissue on its own, a cardiac patch can help restore function.

Once placed on damaged tissue, the patch acts like a scaffold, reinforcing the muscle, and because these patches are often laced with stem cells or other therapeutics, they can even help repair the heart.

Existing cardiac patches have limitations, though, one being that they’re almost always placed via risky open-chest surgery. Another issue is that they still interfere with electrical signals in the heart.

“These patches are also not electrically conductive…so when you introduce a cardiac patch, the kind of which developed before, [the heart is] reinforced but the signal is also blocked and that’s a problem,” researcher Kibret Mequanint said.

The idea: Mequanint and his colleagues have now developed a cardiac patch that’s not only electrically conductive, but also flexible enough to be rolled up and inserted into the body via a syringe or catheter.

Once in place, it unrolls into its original shape and integrates with the heart tissue. Cardiac cells embedded in the patch can then help restore the heart’s function.

The cold water: So far, the researchers have only tested their cardiac patch in animal models, but the results were positive — it led to the “functional repair” of rats’ heart damage in four weeks, according to their study.

More research is needed before the cardiac patch can be trialed in humans, but Mequanint is hopeful that it could one day repair heart damage in people who would otherwise need organ transplants.

“There just aren’t enough donors so we need other solutions, and we think we have one with our new conductive and injectable cardiac patch,” he said.

Archaeology
Ancient mystery solved: Why was Roman concrete so durable?
How have Roman walls held up so long? Their ancient manufacturing strategy may hold the key to designing concrete that lasts for millennia.
Up Next 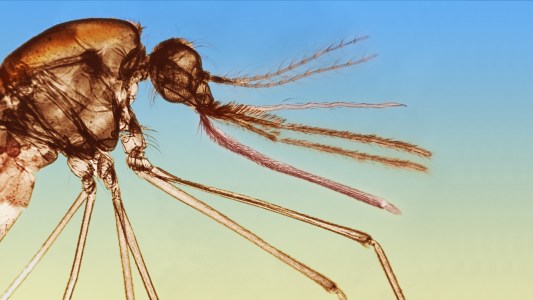 A malaria vaccine developed by GlaxoSmithKline, Mosquirix, has been recommended for use by the World Health Organization.