Here’s the thing about HIV: While we can hold it down with drugs, we cannot eliminate it. And while we can treat it to the point the virus is not even transmissible — if the medications are taken correctly — we cannot vaccinate against it.

That’s because HIV has a number of tricky abilities that keep it one step ahead of the immune system, including its ability to hide within cells and its rapid mutation, which makes for a moving target that’s harder to hit than a late round of Duck Hunt.

So researchers are looking for different approaches to tackling the virus, including new approaches to vaccines powered by mRNA and boosting special immune cells, called B cells.

What researchers want to create is a class of antibodies called “broadly neutralizing antibodies” (bNAbs), which can hamstring multiple variants of HIV, in all their rapidly mutating forms. But this is very hard to do with vaccines, because you need the right kind of vaccine design to trigger the body into creating the right kind of antibodies.

Researchers know how to use gene editing to directly program B cells to produce bNAbs, but they have to do it outside of the body, in the lab — and that’s a problem.

B cells are like little antibody factories, cranking out the pathogen-battling proteins.

Unlike a vaccine or a drug, which has the same formulation for everyone, this would require a personalized treatment for every individual: extracting cells from each patient, and then isolating, modifying, multiplying, and re-infusing them.

To use such a therapy clinically would require specialized medical centers and complicated protocols.

But in a new study in Nature Biotechnology, researchers at Tel Aviv University found a way around this, by editing B cells to produce broadly neutralizing antibodies inside the bodies of living mice.

It means that the same gene therapy could, in principle, be used for everyone.

“Until now, only a few scientists, and we among them, had been able to engineer B cells outside of the body, and in this study, we were the first to do this in the body and to make these cells generate desired antibodies,” Tel Aviv’s Adi Barzel told GEN.

Virus versus virus: To create their engineered B cells in vivo, the researchers turned to one of genetics’ favorite friends: adeno-associated viruses (AAVs).

AAVs make for excellent couriers of genetic information: they’re easy to reprogram, don’t cause disease in humans, can target specific kinds of cells, and don’t cause a strong immune response.

But they’re also pretty small, so the researchers used two of them to work as a team.

“When the CRISPR cuts in the desired site in the genome of the B cells,” PhD student and study author Alessio Nehmad told GEN, “it directs the introduction of the desired gene: the gene coding for the antibody against the HIV virus, which causes AIDS.”

When mice were injected with the AAVs, they did the trick, modifying B cells to produce bNAbs — all inside the body. When the resulting antibodies were extracted from the mice’s blood, they proved effective at neutralizing HIV in a dish.

By using CRISPR and a pair of viruses, the researchers engineered b cells to make the desired antibodies.

Interior design: While not yet ready for human trials, the ability to create customized B cells through genetic therapy inside of a patient is an exciting prospect.

“We developed an innovative treatment that may defeat the virus with a one-time injection, with the potential of bringing about tremendous improvement in the patients’ condition,” the researchers told GEN.

And because the B cells replicate each time they skirmish with HIV, the therapy may create a feedback loop, where the treatment is actively evolving to keep up in the arm’s race with the virus.

The researchers believe the technique may also lead to new treatments not only for HIV but also other diseases, including virus-derived cancers. 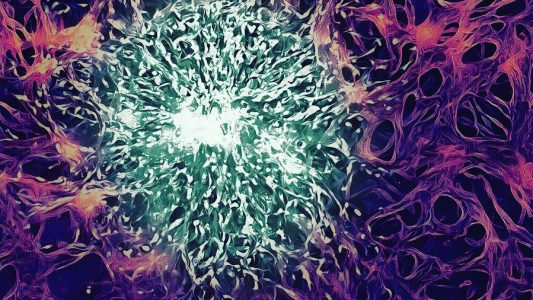