For the first time, scientists have used CRISPR to edit the DNA inside a person’s eye.

CRISPR has been lauded for its ability to change DNA sequences in cells. But, until recently, those cells needed to be removed from the body and edited in a lab, then reinfused somehow.

But editing an otherwise healthy cell while still in the human body allows scientists to cure diseases caused by genetic mutations in organs they couldn’t otherwise access — including eye problems.

The challenge: Carlene Knight suffered from a rare genetic disease called Leber congenital amaurosis. It primarily affects the retina and is the most common cause of inherited blindness, impacting night, fine detail, and color vision.

Knight described the condition to The Daily Beast as “an extreme tunnel vision.”

“I kind of liken it to looking through a window with a tiny hole in it and trying to find something like a building outside.”

“I wanted to help children whose lives could be enhanced with vision.”

Fixing DNA: In a study conducted by Editas Medicine and Oregon Health & Science University, seven volunteer patients were treated with the new therapy, which delivers CRISPR gene editors into the body to correct mutations in the cell nucleus.

Of the seven, two were given low doses, two received high doses, and three were given mid-level doses.

Knight was among the three who received the mid-level dose.

“When I was told about the trial, I was really excited because I wanted to help children whose lives could be enhanced with vision,” Knight told The Daily Beast. “The hope is that if they have the procedure early enough, they’ll have a lot more vision later on [sic] life, while their neural pathways are developing.”

“Just amazing”: The study changed Knight’s life. Before, she was bumping around, barely able to navigate her environment. But now, she can see more objects, shapes, and even see colors again. Her vision is brighter and clearer.

“It’s nice. I don’t scare people and I don’t have as many bruises on my body,” Knight told NPR.

“I’ve always loved colors. Since I was a kid it’s one of those things I could enjoy with just a small amount of vision. But now I realize how much brighter they were as a kid because I can see them a lot more brilliantly now,” she says. “It’s just amazing.”

In celebration, Knight dyed her hair green — her favorite color.

The caveats: The initial results of the study are promising. But the investigation so far had only seven participants, and not all benefited. There is still more work to do to ensure it is safe and effective, including expanding the number of participants.

However, because the initial study was positive, the researchers have been approved to enroll more people in a second round of trials.

Adding CRISPR into the mix, and being able to use it directly in the body, marks a significant step for therapies for vision loss, but also for hard-to-treat genetic diseases as a whole.

In the meantime, Knight’s vision continues to improve.

“It’s going to be nice if I can see my granddaughter play and ride her bike and stuff like that,” she told The Daily Beast. “I hope I could one day read a children’s book to her, with the large print. That would really be nice.” 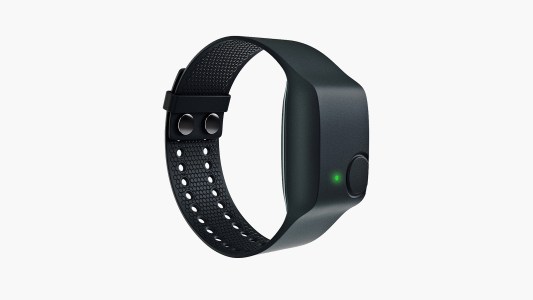