Brain fog: It’s likely you’ve felt it, or someone you know has.

I’ve certainly felt it — that kind of cobwebby cognition, like focusing through a broken camera lens, where memory feels like sand through your hands. Like you didn’t sleep a wink, even when you have; like allergy meds or a couple drinks, without the pills or libations.

People call this amorphous set of not-quite-right feelings brain fog, and it has become one of the signature symptoms of long COVID.

Long COVID: Long-term problems caused by infections are called sequelae, and they have been a known complication of viral illnesses for some time before the pandemic.

But with billions of people being infected with the novel coronavirus in just a couple of years, long COVID is having a much bigger impact than sequelae from other infections.

While estimates vary widely, the CDC estimates that about 20% of US adults who have had COVID-19 are still experiencing lingering symptoms, even after clearing their infection.

Some of the most troubling and confounding symptoms are neurological, including fatigue and brain fog. While COVID-19 is far from the only cause of brain fog — it can also accompany autoimmune conditions — the pandemic has focused attention on the long-neglected symptom.

Now, researchers are finally turning their sights on brain fog, attempting to better understand what causes it and finding new ways to treat it, with implications beyond long COVID.

Researchers are attempting to better understand what causes brain fog and finding new ways to treat it, with implications beyond long COVID.

“It’s something that patients with a wide variety of different medical problems have said has interfered with their ability to function for a long time,” Sabina Brennan, a Trinity College Dublin neuroscientist and author of the book Beating Brain Fog, told New Scientist’s Kayt Sukel.

“If there’s anything positive to come out of the covid-19 pandemic, it’s that the spotlight is now on brain fog and the scientific community is paying much more attention to it.”

What is brain fog? As Sukel explains, brain fog isn’t a true disease; there’s no diagnostic criteria to check, or biomarkers to test for. Instead, it’s a bit of a catch-all term people use to describe forms of cognitive impairment, including trouble focusing, memory loss, and thoughts feeling, well, foggy.

In addition to long COVID, brain fog seems to be a side effect of numerous other conditions, including allergies, autoimmune conditions, menopause, anxiety, and depression.

“People have been using brain fog to describe a host of cognitive symptoms that come with a wide variety of different medical issues for a very long time,” Weill Cornell Medicine neurologist Anna Nordvig told Sukel.

In addition to the subjective nature of brain fog and people’s varied experiences with it, it’s difficult to test for it.

All of which adds up to a difficult to study — and treat — condition.

Researchers, including Nordvig, are also looking for small molecules which could help predict who is most susceptible to brain fog, and potentially reveal ways to treat it.

“The fact that we see so many overlaps with other conditions means we may be in a better position to pinpoint certain molecules, antibodies or other immune molecules that get triggered when you have covid-19 or some of these other health issues,” Sukel quotes Nordvig.

At NYU and the Medical University of South Carolina, teams are investigating the potential of electrical brain stimulation. In a couple of small trials, applying small electric currents to the brain or vagus nerve appeared to trigger improvements in brain fog symptoms.

University of Alabama at Birmingham professor Gitendra Uswatte has also reported promising results from trials using a video game to improve how fast people can think, and having them perform everyday activities like making shopping lists or organizing medications as a second therapeutic activity.

“After treatment, the patients report a substantial decrease in the brain fog and that they are able to perform everyday activities, more effectively,” Uswatte told NBC affiliate 6 WBRC.

For attention issues, a therapist and patient may play a kind of finger tapping game, where the taps of the therapist are matched by the patient, forcing them to focus on what’s going on.

“But it’s a kind of muscle building for the brain.”

Lifestyle changes may help lift the brain fog as well, experts told New Scientist’s Sukel; getting better sleep — which seems to play a role in flushing waste from the brain — and exercising can help people sharpen back up.

In the meantime, those of us muddling through can take solace in the fact that many cases of brain fog clear on their own within a few months.

Business
No, 90% of new businesses don’t fail. Here’s why.
To say that something failed, simply because it stopped or changed, is to dangerously limit our view of the world.
By Jason Feifer
Up Next 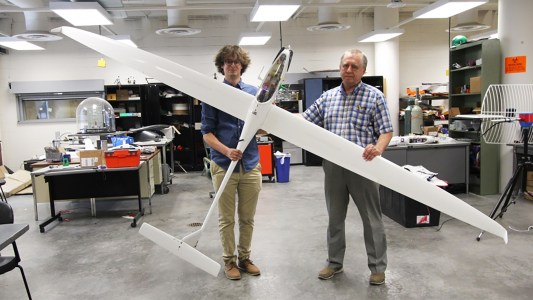