Athletes are some of the most physically fit people in the world, but they’re also at a high risk of injury.

Not only can these injuries be incredibly painful, they can completely sideline an athlete’s sports career — or even end it before it can really begin.

Injuries can also be incredibly costly for an athlete’s organization — during the 2019 season alone, NFL teams paid $500 million to players who couldn’t even get on the field due to injuries.

Now, the Silicon Valley startup Sparta Science has developed an AI-powered force plate system that can predict an athlete’s likelihood of sustaining an injury, giving them — and their trainers — a chance to prevent it.

How a Force Plate Prevents Injuries

At the core of Sparta’s system is a piece of tech that CEO Phil Wagner described to Axios as a “high-powered bathroom scale.” Technically, it’s a force plate, and it does far more than measure the total weight of whatever is on it.

Rather than standing still, like one would a bathroom scale, athletes move on Sparta’s force plate — they jump on it, stand on one leg, hold planks, etc. The force plate records 3,000 data points a second during these movements, sending them on to an AI-powered software program.

Using insights gleaned from more than two million scans, the system predicts an athlete’s risk of sustaining a specific injury, based on their individual force plate data. This gives them a chance to address their weaknesses before they’re actually hurt.

“When subjects perform a movement on the force plates, we can tell them ‘here is your risk in these areas, and here is the best way to address it,'” Wagner said.

The Next Training Ground

Dozens of professional and college teams are now using Sparta’s force plate system, but the company is now moving away from the sports field and toward the battlefield.

Like athletes, members of the military are injury-prone, and most of the injuries that prevent them from being able to deploy are musculoskeletal — just like those that plague athletes.

The force plate gives athletes a chance to address weaknesses before they cause injuries.

The U.S. Air Force, Navy, and Marine Corps are already using Sparta’s system to predict and prevent injuries among their ranks, and in July, Congress approved funding for a study to determine whether it should be deployed across the entire Department of Defense.

“I think for us, sports were our roots but our biggest growth and revenue comes from the government,” Wagner told We Are the Mighty. “It’s really satisfying because there’s so much more of a service and sacrifice approach that exists.” 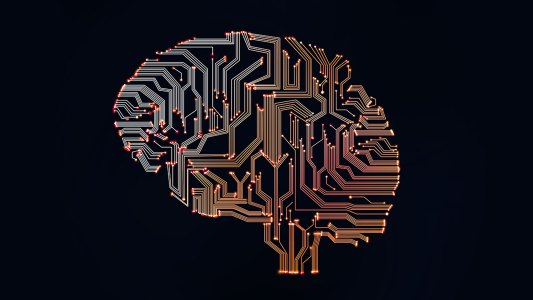 A smart robot that uses neuromorphic computing, may one day “think” like humans.

Robotics
A humanlike brain means this smart robot can see, feel, and think
By Teresa Carey
Subscribe to Freethink for more great stories
Subscription Center
Sections
Video
Freethink
Subscribe
We focus on solutions: the smartest people, the biggest ideas, and the most ground breaking technology shaping our future.
Subscribe