Some of you Silver Surfers and psychonauts out there, carving the intracranial cosmos, probably saw our shroom article and thought Psh, mushrooms grow in the wild. Where’s the out-of-this-world stuff?

How does lysergic acid diethylamide strike you? Better known by its initialism, LSD, or just acid, there may be no known substance that has had a greater psychological (and cultural) impact at a smaller dose.

Lysergic acid diethylamide was synthesized in 1938 by Albert Hofmann, who invented LSD by smushing lysergic acid with various compounds, including diethylamide. He was trying to create a drug for “stimulating circulation and respiration,” but in animal tests, it was kind of a flop.

Five years later, as laid out in The Atlantic, Hofmann was trying to resurrect his failed research project when he accidentally dosed himself.

We’ve been tripping ever since.

Trips can last anywhere from six to 15 hours, and LSD effects can include: hallucinations, altered time and depth perception, warping of sights, sounds, motions, and body image, and synesthesia.

All this can lead to distress: the dreaded bad trip. Bad trips have many causes, but misdosing is among the usual suspects: lysergic acid diethylamide is extremely potent at very small doses. (Hofmann’s first trip in 1943 was caused by accidentally touching pure LSD with his skin, despite taking safety precautions.) For a long time, it was a mystery as to why.

The drug is pretty good at sticking to its favorite target in the brain, says Charles Nichols, professor of pharmacology at LSU Health New Orleans. Nichols’ father — that’s right, he’s a second-generation acid scientist — had proposed that LSD causes neuron receptors to change shape, creating a “lid” which holds the compound in. This theory was confirmed in 2017 in a paper in Cell, although whether this is the key to LSD’s potency is still to be determined.

“There’s not nearly as much basic science or clinical research going on with LSD as there are with ayahuasca or psilocybin at this point,” says Nichols.

Despite its long pedigree, the history of LSD is littered with poor quality research, Nichols says. Infamously, the CIA “mind control” research program MK-Ultra used LSD as part of its unethical and illegal experiments, including on unwitting test subjects, and produced results that are “pretty much garbage.” That’s not to say there’s nothing useful in the mists of the past.

Katherine R. Bonson, a senior pharmacologist at the FDA, analyzed LSD studies from 1949 to 1987. Writing in the elite, kick-assedly named journal Psychopharmacology, Bonson concluded that “the human hallucinogen studies of the 1960s are best understood as providing pilot data on safety and efficacy.” They’re also a fine source for hypotheses that can be studied using our modern standards for scientific research.

“LSD appears to be very similar in its effects to psilocybin in this model for depression.”

Research on psychedelics is picking up speed, but there’s an important caveat for LSD: “There’s not really been any clinical trials per se yet,” Nichols says, unlike for psilocybin. Researchers are working on the basic science. LSD impacts the receptors for many different neurotransmitters; this makes it harder to understand, but also means there are more potential opportunities.

Most of lysergic acid diethylamide’s plausible clinical applications mirror those for mushrooms’, mainly focusing on mental health. Nichols’ group will soon be publishing a study looking at LSD and depression in rats.

“LSD appears to be very similar in its effects to psilocybin in this model for depression,” Nichols says. Mushrooms’ impact on depression can be dramatic, with huge reductions in depression over multiple years (you can read about it in our previous Drug Guide!).

But there is also a theory that LSD could have properties that can improve cognition and memory, Nichols says. The key may be that LSD can hit serotonin and dopamine pathways at the same time.

“That was the impetus of thinking about using LSD for Alzheimer’s,” Nichols says. The drug hits several different targets that researchers have linked to therapeutic benefits in neurodegenerative disorders. “LSD will hit a broad spectrum of each of those types of mechanisms.”

As you can no doubt tell from the maddeningly milquetoast answer to the medical research question, figuring out just what is LSD good for — besides hallucinogenic sightseeing — is going to take some time. The research is simply lagging behind more popular drugs like psilocybin.

Part of that was a conscious decision to steer research towards mushrooms, Nichols says. As a natural product, they perhaps have less cultural baggage (and their reputations in the drug world, with LSD considered the “harder” drug, anecdotally bears this out). Regulatory hurdles are, as ever, an issue, and longer trips compared to psilocybin mean longer hours in the lab.

The amount of LSD available to study is another obstacle.

Psychedelic compounds need to be made with Good Manufacturing Practices (GMP). Basically, they have to be certified as safe enough and pure enough that a human could ingest them. This also provides a baseline for research; everyone’s working off the same drug. While there’s plenty of GMP psilocybin to be had, there’s only one major source for GMP-certified lysergic acid diethylamide, Eleusis. (Full disclosure: Nichols is on Eleusis’ scientific advisory board, and has a sponsored research contract with them.)

LSD’s bad trips can be especially distressing. There is the potential for developing or exacerbating serious mental health disorders, like schizophrenia — although Nichols notes these are rare and almost always happen in people with a history of mental illness.

“Hallucinogenic post perception disorder,” another rare side effect, causes visual effects to persist after a trip — think sparkles in your peripherals or colors staying distorted, Nichols says. Researchers use rigorous screening and controlled environments to mitigate the risks.

Add it all up, and it’s easy to see why shrooms are still the drug du jour among psychedelic researchers.

Ed. Note: This article has been updated from a previous version. 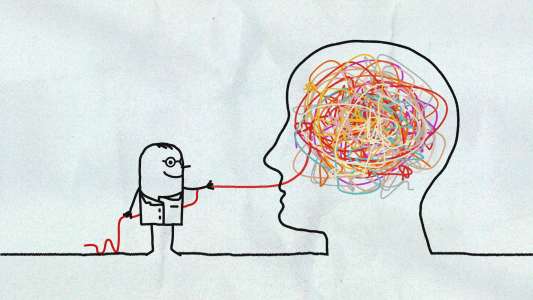 A Canadian researcher’s reconsolidation therapy is helping people overcome PTSD by allowing them to edit painful memories to be less emotionally impactful.