Because malaria is spread by mosquitoes — the insects feed on a person with malaria, and then transmit the malaria parasite to whomever they feed on subsequently — the insects have been the target of most malaria control efforts.

However, the pesticide used to eliminate malaria from much of the world — DDT — can harm human health if overused, and mosquitoes are developing resistance to modern alternatives.

“It turns out that HMBPP can force mosquitoes to drink almost anything.”

The idea: Molecular Attraction knew from previous research that mosquitoes actually prefer to feed on people infected with malaria. The mosquitoes are drawn to a molecule called “HMBPP,” which is produced when the parasite attacks red blood cells.

In a recent study, the scientists demonstrated that this attraction to HMBPP can be used to kill mosquitos: all they had to do was give the insects access to some beetroot juice laced with the tasty molecule — and natural toxins.

“It turns out that HMBPP can force mosquitoes to drink almost anything, as long as the pH is right,” Lech Ignatowicz, co-founder and CEO of Molecular Attraction, told Fast Company in October 2021.

Targeted benefits: HMBPP is relatively cheap, Ignatowicz told AFP, and unlike pesticides, which can harm other species, these toxin-laced traps would only attract and kill mosquitoes.

“Even in very dense environments, the jungle or tropical environments with a lot of insects, we can pick the ones we want to get rid of … and leave the rest of the ecosystem alone,” he said.

Looking ahead: Now that they know their faux blood can bait and kill mosquitoes in the lab, the researchers plan to move on to field tests. If those go as hoped, they’ll look for ways to get their traps to places where malaria is prevalent.

“[Our aim] is not only to commercialize this, but also to make it accessible and affordable,” Ignatowicz said. “So by definition, it needs to be at scale. And it needs to be affordable for people from the most vulnerable countries.”

“You can have a rather fast effect in reducing populations, but the moment you stop, they come back.”

Anders Lindstrom, a mosquito researcher at Sweden’s National Veterinary Institute, who isn’t involved with Molecular Attraction, told AFP this will not be easy.

“The problem is always scaling up,” he said. “The areas that need to be covered with these types of traps to get an effect are huge.”

“Any method also needs to be applied consistently over time, which can be difficult in poor or conflict-hit areas where malaria is common,” he added. “You can have a rather fast effect in reducing populations, but the moment you stop, they come back.”

The big picture: In 2021 alone, the WHO recommended its first malaria vaccine; another, potentially more effective vaccine entered phase 3 trials; and a malaria antibody was found to be 100% effective at preventing infection for up to 9 months in a human challenge trial.

Researchers are still studying genetic engineering as a way to rid the world of malaria-transmitting mosquitoes, too, so Molecular Attraction’s poisoned beetroot juice could end up being just one of many weapons used to win the war on malaria. 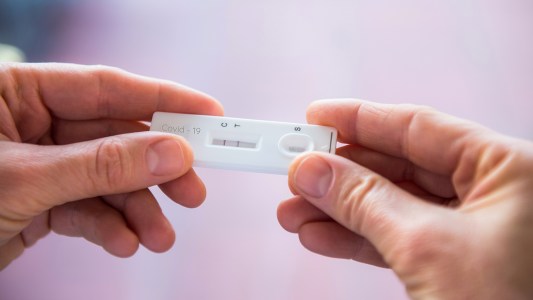