It’s a well known anecdote that tripping on psilocybin mushrooms can inspire feelings of interconnectedness and “ego death” — losing the sense of self being discrete from the rest of the world.

Researchers at the Johns Hopkins Center for Psychedelic and Consciousness Research have imaged brains on psilocybin and found evidence that just may back up your buddy’s saccharine stories of when they were just, like, one with it all, y’know?

Scientists aren’t sure of its true purpose — a running theme when it comes to the brain, which is frosted-glass, at best, when it’s not an outright black box. But what is known is that the region has tons of receptors that are favorite landing spots for psychedelic chemicals like those found in LSD and psilocybin mushrooms.

What they found was that those who had received psilocybin showed decreased activity in the claustrum.

To get an idea of what’s going on, the researchers compared brain scans of 20 people — although five wiggle worms were “excluded from analysis due to excessive head motion” — who either took a placebo or psilocybin.

After popping some capsules and chilling out for an hour with eye shades on a couch listening to music through headphones, they were taken to MRI facilities.

There, the researchers took fMRI scans. The imaging technique — the “f” stands for functional — shows where blood is flowing as a marker for brain activity.

What they found was that those who had received psilocybin showed decreased activity in the claustrum. There, neural activity was down 15-30%, and seemed to track how intense the trip was reported to be (which also bears out the anecdotal experiences of psychonauts).

The claustrum is believed to have an impact on attention and agenda setting; reduction of activity here would seem to correlate with that loss of ego, I’m-part-of-existence-and-it’s-all-speaking-to-me feeling. The psilocybin also seemed to affect regions associated with hearing and memory.

Next on the researchers’ agenda is examining claustrums of people with psychiatric disorders like depression and substance abuse disorder, trying to tease out if the claustrum plays a role.

“Our findings move us one step closer to understanding mechanisms underlying how psilocybin works in the brain,” Frederick Barrett, an assistant professor of psychiatry and behavioral sciences, says in the news release.

“This will hopefully enable us to better understand why it’s an effective therapy for certain psychiatric disorders, which might help us tailor therapies to help people more.” 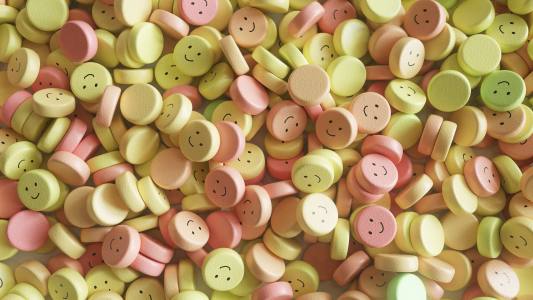 Researchers have uncovered new insights into how ketamine affects the brain, potentially illuminating the path to new antidepressants.