Donut chain Krispy Kreme has had a rough year, but it has a plan to get profitable again — and it includes a $6 million investment in automated systems to frost, fill, and package its donuts.

The challenge: Krispy Kreme’s shops are set up so that customers waiting in line can watch as rows of freshly fried donuts ride a conveyor belt under a waterfall of silky, sugary glaze.

However, while this part of the process is publicly automated, Krispy Kreme still relies on human hands to combine ingredients, package donuts, and more. As a result, it spends more than $100 million on production labor in the US every year — just by itself, that’s two-thirds of what it makes in sales.

The idea: Those labor costs are contributing to Krispy Kreme’s financial woes — the company reported a net loss of $24.5 million for 2022 — so it’s now planning to hand some of the work currently completed by employees to automated systems.

“Probably within the next 18 months, you’ll see some automation starting to go into the frosting, the filling, the sprinkles, and even the packaging,” Krispy Kreme CEO Mike Tattersfield told Yahoo Finance Live.

The impact: Krispy Kreme plans to invest $6 million into the new automated lines, with the goal of having them produce 18% of the company’s donuts within the next 18 months. That’s expected to result in an annual savings of about $2 million.

While that’s not enough to bring the donut maker out of the red, if the systems work as hoped, Krispy Kreme could potentially increase its reliance on automation in the future — J.P. Morgan Analyst John Ivankoe told Yahoo Finance Live that $60 million of the company’s US labor costs are related to functions that could be automated.

The automated systems are expected to save Krispy Kreme $2 million per year.

The big picture: Krispy Kreme’s decision to increase its reliance on automated systems is part of a larger trend in the food industry that’s being fueled by ongoing labor shortages and dropping technology costs.

It’s still too soon to say whether companies will see the kind of long-term returns on these investments that they’re hoping for, but if all these autonomous burger flippers, order takers, and donut makers do sufficiently increase profits, we’ll likely see plenty more of them in the future. 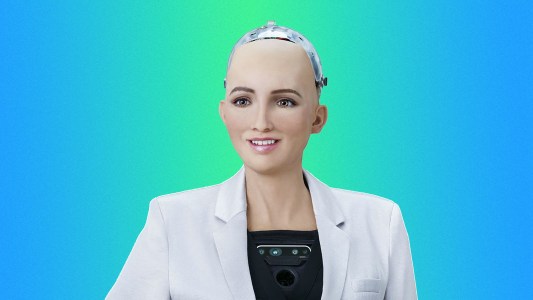