Cobalt, copper, nickel, zinc — these are the precious materials needed for an increasingly tech-driven world, and deep sea mining may be the key to keeping pace.

The challenges, however, are obvious — a crushing blackness barely understood, home to ultra-black deep sea fish and ancient microbes. It is a world apart and better suited to autonomous underwater vehicles (AUVs) than human submariners.

Brooklyn-based Pliant Energy Systems may have a robot potentially suitable for the job. The company is working to turn their Velox robot — which resembles a headless cuttlefish mantle, with undulating, flexible fins running down its flanks — into an autonomous deep sea mining machine.

Per Gallucci, Pliant is partnering with MIT to make a next-gen version. Dubbed C-Ray, it will be larger than Velox, and utilize metal detectors, camera suites, and algorithms to navigate and explore — beginning with sussing out hazards for the Navy, who’s footing the bill.

The long-term vision for deep sea mining is a swarm of C-Rays, communicating via hive mind, scouring the seafloor. They’ll seek out surface deposits of precious materials — called polymetallic nodules — and put them into cages that could then be floated up to the surface.

Already, the institutional framework for deep sea mining is beginning to come into focus. The International Seabed Authority solidified their Mining Code last fall, the first step in commercial deep sea mining. Thirty exploratory permits have been issued, Gallucci reports, the majority for the type of polymetallic nodule skimming that C-Ray is envisioned as doing.

“On the one hand, we need these metals to electrify and decarbonize,” Pliant Energy Systems founder and CEO Pietro Filardo told Gallucci. “On the other hand, people worry we’re going to destroy deep ocean ecosystems that we know very little about.”

It’s a sentiment shared by scientists; we know so little about the deep sea, how can we know what our impact may be?

“One thing I often talk about is, ‘How do we fix it if we break it? How are we going to know we broke it?'” Cindy Lee Van Dover, a Duke deep sea biologist, told Gallucci. 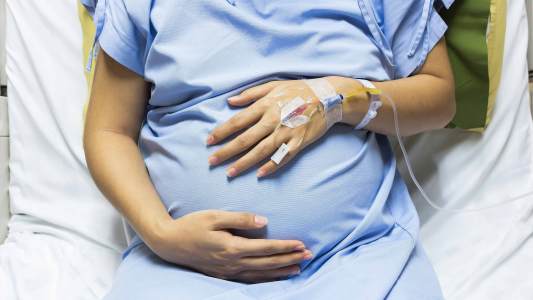 By predicting future preeclampsia risk, the AI might save the lives of mothers and their babies.

AI
AI that predicts pregnancy complication could save lives
By Kristin Houser
Subscribe to Freethink for more great stories
Subscription Center
Sections
Video
Freethink
Subscribe
We focus on solutions: the smartest people, the biggest ideas, and the most ground breaking technology shaping our future.
Subscribe