After sequencing the genomes of 16 species, researchers at the Wellcome Sanger Institute found a surprising pattern in how often mammal cells mutate — and it could be a boon to longevity research.

Somatic mutations: As humans and other mammals grow older, our cells undergo genetic changes called “somatic mutations.” While these mutations are the most common cause of cancer, most are harmless and none can be passed down to offspring.

Researchers have suspected a link between somatic mutations and aging since the 1950s, but studying them has traditionally been difficult. Thanks to advances in DNA sequencing tech, that’s no longer the case.

Somatic mutations are genetic changes our cells undergo as we grow older.

When they looked at the somatic mutations in the animals’ cells, they saw that the longer a species lived, the fewer mutations its cells acquired each year, but every species seemed to have a lifetime maximum of about 3,200 mutations.

“To find a similar pattern of genetic changes in animals as different from one another as a mouse and a tiger was surprising,” said first author Alex Cagan. “But the most exciting aspect of the study has to be finding that lifespan is inversely proportional to the somatic mutation rate.”

“This suggests that somatic mutations may play a role in aging, although alternative explanations may be possible,” he continued.

Peto’s paradox: The Sanger researchers had hoped their study would shed light on Peto’s paradox, an observation made by epidemiologist Richard Peto in 1977.

Peto noted that, in theory, larger or longer-living species should have a higher cancer risk than smaller or shorter-living ones — after all, they have more cells available to mutate and more time for them to develop those mutations — but in reality, that’s not the case.

Unfortunately, the mystery remains — the Sanger team found no significant association between a species’ rate of somatic mutations and their body mass after accounting for lifespan.

Looking ahead: Aging is a complex process that somatic mutations alone aren’t likely to explain. However, the link between these mutations and lifespan is intriguing for longevity research  — perhaps by slowing down our mutation rate, we might be able to slow aging, too.

Before any such studies could happen, though, more research is needed.

The Sanger team now plans to look at the rates of somatic mutations in non-mammalian species, including the Greenland shark, which can live for more than 400 years, to see if the lifetime mutation limit they’ve discovered extends beyond mammals. 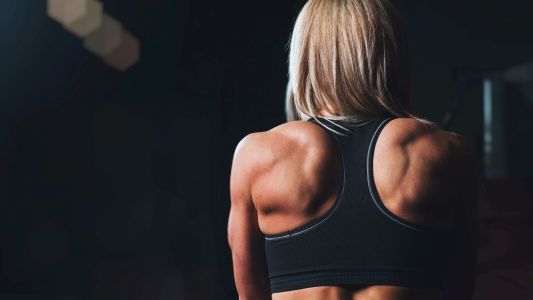 Researchers have found that a four-week program consisting of three seconds of weight lifting per day for five days a week boosts strength.

Biology
Build strength with only three seconds of weight lifting per day?
By Ross Pomeroy
Subscribe to Freethink for more great stories
Subscription Center
Sections
Video
Freethink
Subscribe
We focus on solutions: the smartest people, the biggest ideas, and the most ground breaking technology shaping our future.
Subscribe