The Mars Sample Return, a joint mission of NASA and ESA, is one of the most ambitious space missions ever conceived: bringing a piece of another planet home to Earth.

To get the samples off the Red Planet, U.S. and European engineers are developing a complex system that throws a rocket into the air just prior to its ignition over the Martian surface.

The challenge: In February 2021, NASA’s Perseverance rover landed on Mars. Seven months later, it collected and stowed its first sample of Martian rock that will eventually be brought off-world.

That’s something no rocket has done before.

Analyzing these Mars rocks will better our understanding of the planet — its climate, geological history, and the possibility that it once hosted life.

Collecting the samples has been hard enough — Percy failed the first time it tried — but getting them back to Earth will be even more complicated, involving two space agencies and four new spacecraft.

Mars Sample Return: The current plan is for NASA to launch a rocket containing a new Mars lander in 2026. Inside the lander will be a small rocket developed by NASA (the Mars Ascent Vehicle, or MAV) and a rover developed by ESA (the Sample Fetch Rover).

Once the lander touches down on Mars, the rover will roll out and collect the Mars rocks, which Perseverance will have stashed on the Martian surface. It’ll then return the samples to the lander, which will use a robotic arm to place them in the MAV.

The next step in the Mars Sample Return mission is for the MAV to lift off from the Martian surface. That’s something no rocket has done before, and NASA thinks the launch will have a better chance of success if the rocket isn’t taking off directly from the surface.

“Mars’ gravity is one-third that of Earth’s, and the rocket’s weight, combined with its exhaust, could cause the lander to slip or tilt,” NASA explained in a news release, “so engineers have conceived of a system to toss the rocket into the air just before it ignites.”

“The whole process happens in a finger-snap, tossing the rocket at a rate of 16 feet (5 meters) per second,” it continued.

Engineers have tossed this rocket 23 times so far, with it reaching a height of about 11 feet. They’ve been making adjustments to its mass and center of gravity along the way and plan to toss a larger rocket even higher in 2022.

“We’re on the right path,” Chris Chatellier, the system’s lead engineer, said. “Our analysis and predicted models were very close to what we saw in the tests.”

“The plan is to essentially have the capsule perform a controlled crash.”

The final leg: If the MAV successfully launches, the next step in the Mars Sample Return mission is for it to deliver the samples to the Earth Return Orbiter (ERO), a new Mars orbiter that ESA plans to launch in 2026.

The ERO will then return to Earth — something no Mars orbiter has done before — and basically throw a capsule containing the samples at our planet around 2031.

“The plan is to essentially have the capsule perform a controlled crash,” Albert Haldemann, ESA’s Mars chief engineer, told Science Focus. “So we’ll target the crash site, then have the Earth Return Orbiter release the samples and fly away.” 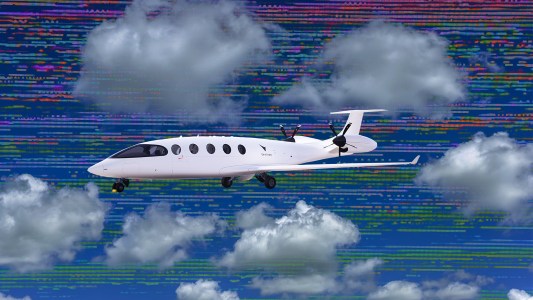 After years of preparation, Washington-based startup Eviation is ready to lead the charge to electric flight.

Aerospace
This startup is ready to make electric flight a reality
Subscribe to Freethink for more great stories
Subscription Center
Challenges
Video
Freethink
Subscribe
We focus on solutions: the smartest people, the biggest ideas, and the most ground breaking technology shaping our future.
Subscribe