A NASA-funded team of researchers has identified a lunar pit on the moon that’s always a balmy 63 degrees Fahrenheit — suggesting it could be the perfect place for future astronauts to establish a moon base.

The challenge: NASA plans to return humans to the moon as soon as 2025, with the goal of establishing a long-term presence on the lunar surface. The hope is that this will give astronauts enough time to conduct the research needed to eventually send people to Mars and beyond.

Finding a safe location for future astronauts to set up a moon base is essential to NASA’s exploration plans, but the moon is not a hospitable place for people.

Surface temperatures on the moon range from -280 F at night to 260 F during the day.

Because the moon doesn’t have an atmosphere or magnetic field, astronauts will be exposed to about 200 times as much radiation as people on Earth. The lack of an atmosphere makes meteorite strikes on the moon harder and faster than on Earth, too, so space rocks and impact debris are another threat.

The moon’s day-night cycle is nearly 30 Earth-days long, so astronauts will also need to get used to 15 straight days of darkness and light. They’ll need to deal with the moon’s extreme temperatures, too, which can range from a frigid -280 F at night to a blistering 260 F during the day.

Underground moon base: Lava tubes — subterranean tunnels created more than two billion years ago when the moon was volcanically active — could be the answer to astronauts’ housing problem.

Since 2009, astronomers have discovered 16 pits on the moon’s surface that they believe formed when the roof of a lunar lava tube caved in. Future astronauts could potentially access a tube through a lunar pit and build a moon base within the cave.

This would protect astronauts from space radiation and meteorites, while still offering them direct access to the moon’s surface. And now, new research suggests it would help them avoid the moon’s wild temperature fluctuations, too.

Cozy cave: Using computer models and data collected by a thermal camera aboard NASA’s Lunar Reconnaissance Orbiter, researchers have determined that temperatures within the shaded part of one lunar pit remain about 63 F during the entire day-night cycle.

They believe this is due to the pit’s overhang preventing the area under it from getting too hot during the day, while also trapping heat from radiating out of the pit at night.

Getting in and out of the pit wouldn’t be easy — the bottom is 328 feet below the moon’s surface, so it’d be like rappelling down a 30-story building. But if NASA can make it work, astronauts wouldn’t have to expend energy on yet-to-be-invented climate control systems for their future moon base.

“Humans evolved living in caves, and to caves we might return when we live on the moon,” said study co-author David Paige. 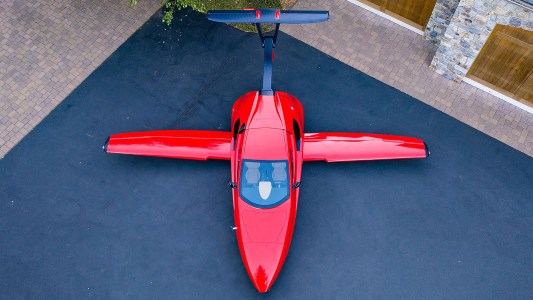