In January, four robot dogs will join the men and women serving at Tyndall Air Force Base in Florida.

While the U.S. Department of Defense has experimented with robot dogs before (remember AlphaDog?), these mechanized canines will be the first to join the military on a permanent basis — but they might not be the last.

The robot dogs headed to Florida in 2021 are technically known as Vision 60s, and they’re the work of Philadelphia’s Ghost Robotics.

The four-legged robot dogs can climb stairs, walk through water, and withstand freezing temperatures. While they don’t have heads, they do have a robust system of sensors and cameras, and that makes the robot dogs well suited for their future job at Tyndall as security patrol.

When the robot dogs get to Florida, airmen will teach each of them to follow specified routes around the base. After that training, the robot dog will be able to trot along the path on its own.

If a handler wants to see what the robot dog sees or to take control of it, they can put on a virtual reality headset. They can even talk to people through a radio attached to the robot dogs.

The robot dogs at Tyndall aren’t expected to replace any humans (or even any furry military dogs).

Rather, the plan is to have the new robot dogs patrol areas that “aren’t desirable for human beings and vehicles,” according to Criss. This will free people up to handle other tasks that robots can’t do.

“Imagine every time (the Air Force goes) somewhere to refuel, to pick up supplies, or to protect our fighter jets on the tarmac, our robots climb out and do perimeter security,” Ghost Robotics CEO Jiren Parikh told Digital Trends.

If the deployment at Tyndall goes well, Ghost Robotics hopes to be selling more of its robot dogs, which start at $100,000, to the U.S. military in the not-so-distant future — and not just as mechanized security guards.

“We can see them in war zones, working with bombs, scouting, targeting, probably in 2022,” Parikh told the Washington Post. “These can really become a warfighter’s best friend.”

The military wrote  in a press release that the robot dogs have the potential to outperform existing equipment in a “deployed environment.”

These can really become a warfighter’s best friend.

That potential use of the robot dogs in places where people are actively fighting inevitably leads to questions about autonomous “killer robots” — will these robot dogs be weaponized?

Ghost Robotics has said that’s not in the plans. Parikh told Digital Trends that the robot dogs are designed strictly for bomb disposal, scoping out perimeters, and identifying threats.

“We want these robots to keep our people out of harm’s way,” he said. 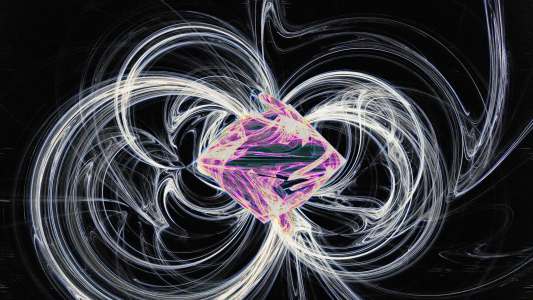 Computer Science
These futuristic sensors will allow cars to see through fog
Subscribe to Freethink for more great stories
Subscription Center
Challenges
Video
Freethink
Subscribe
We focus on solutions: the smartest people, the biggest ideas, and the most ground breaking technology shaping our future.
Subscribe