After a one-year delay due to the pandemic, the 2020 Tokyo Paralympics are finally set to kick off on August 24, 2021.

During the games, 4,400 athletes with some level of disability will compete in more than 500 events. Here are five Paralympians to watch — and one who’s future at the games is still uncertain.

Brad Snyder was captain of the U.S. Naval Academy swim team before serving in the U.S. Navy in Afghanistan, where he was blinded by an improvised explosive device in 2011.

Snyder won three more gold medals and another silver for swimming in 2016, but he’s decided to take on a new challenge at the Tokyo Paralympics, competing in the paratriathlon, an event that will require him to swim, bike, and run.

Before Alia Issa was born, her family moved from Syria to Greece in search of a better life — but it hasn’t been an easy one.

When Issa was four years old, she contracted smallpox. That left her with brain damage that makes it difficult to speak and walk, so she now uses a wheelchair.

“I want to say to other women who have disabilities not to stay at home.”

A relapse forced her back into the hospital at seven, and as a teen, her father and sister were both diagnosed with cancer — her sister recovered, but her father did not.

To avoid returning to Syria, which was in the midst of a civil war, Issa’s family applied for and was granted refugee status in Greece. She’s now set to compete in the club throw event as the one female member of the first official Refugee Paralympic Team.

“I want to say to other women who have disabilities not to stay at home, try everyday with sports, to be outside in the world,” Issa said at a press conference. “I hope I’m the first example to follow.”

Morteza Mehrzadselakjan will be hard to miss at the Tokyo Paralympics. At more than 8 feet tall, he’s the tallest person to ever compete in the games — and the second tallest person in the entire world.

The Paralympian’s height is due to a rare condition called acromegaly, which causes excessive growth. When he was 16, he fractured his pelvis during a bike accident. That injury caused one of his legs to stop growing, so he now needs a wheelchair or crutches to move around.

Being so tall has allowed Mehrzadselakjan to dominate at men’s sitting volleyball — an event similar to volleyball except the net is lower and players must keep one buttock on the ground at all times — and he’s hoping to help Iran follow up 2016’s gold medal with another in Tokyo.

“I was alone, I was depressed,” he told Iranian television about growing up with the condition and injury. “But my life has changed from playing sitting volleyball and being a Paralympian.”

This will be Georgia Munro-Cook’s first year competing in the Paralympics, but she already has a fan base thanks to her father Murray Cook, who was an original member of the Australian children’s music group the Wiggles.

“People quite often ask me what it’s like having a dad as a Wiggle, and I’m like, ‘I don’t know, he’s always been a Wiggle I guess,’” she told the Guardian.

The young Paralympian appeared in several of the group’s videos as a child, and it wasn’t until she was around the age of 18 that a congenital hip problem left her unable to walk.

Now, she’s wrapping up a PhD at the University of Sydney while serving as the captain of Australia’s 4.5 point women’s wheelchair basketball team, which failed to qualify for the Games 2016 and hopes to prove itself at the Tokyo Paralympics.

Football 5-a-side is a relatively new Paralympic event, making its debut in 2004. It’s a lot like what we Yanks call soccer, except each team has just five players on the field at once instead of the traditional 11.

Four of these players have a visual impairment and wear a mask to become fully blinded during play. The goalies are sighted and, along with the coaches, shout directions to help guide their teammates. The ball itself contains a noise-making device to help the players, too.

“I feel totally independent on the pitch, and I can do whatever I want.”

Jefinho, who has been completely blind since age seven, has been nicknamed “Paralympic Pelé” for his style and skill at football 5-a-side.

“Playing football is when I feel at my best,” he said in February 2020. “I feel totally independent on the pitch and I can do whatever I want.”

Jefinho plays for Brazil, which has won gold in the event every year since its introduction in 2004 — and with its star’s help, the team has a good shot of continuing the streak at the Tokyo Paralympics.

Zakia Khudadadi was born with a disability that left her with just one functional arm, but that hasn’t stopped her from practicing the Korean martial art taekwondo.

She was supposed to be the first female from Afghanistan to compete in the Paralympics, but between the time she left her home in Herat to when she arrived in Kabul to catch a flight to Tokyo, the Taliban took over the nation.

Now, Khudadadi is pleading for help to leave Afghanistan and live out her dream of competing in the Games.

“As a representative of Afghan women, I ask you all to help me,” she said in a video shared by Reuters. “My intention is to participate in the Tokyo 2020 Paralympic Games. Please hold my hand and help me.”

Sports
When is the best time to exercise?
Though morning workouts may be optimal for circadian rhythms, afternoon exercise tends to be slightly more efficient.
By Ross Pomeroy

Medicine
Silkworms could one day repair human tendons stronger than before
Mixing silk protein with a gel matrix allowed for better cell growth and healing in rat models.
By B. David Zarley

Sports
Watch John McEnroe take on past versions of himself on the court
Thanks to AI, digital avatars, and robotic cannons, John McEnroe is taking on his toughest opponent: himself.
By B. David Zarley

Sports
The NBA’s Golden State Warriors use data to optimize the fan experience
The Warriors are using data in an attempt to deliver the best — and best targeted — fan experience possible.
By B. David Zarley 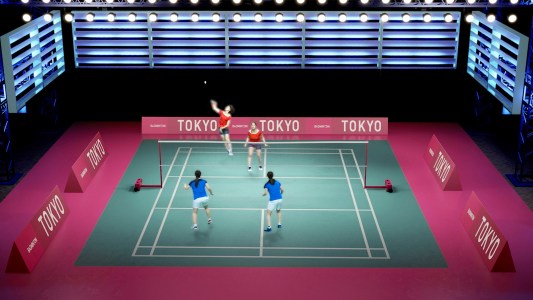