Just as our bodies respond to sensory stimuli in our surrounding environments, many advanced robots can now respond in useful ways to the data picked up by their sensors.

The latest techniques in robotics are aiming to recreate human sensory mechanisms – converging with the latest advances in neuroscience, which is exploring how our nervous systems take in and process information.

One particularly ambitious goal is to create a touch-sensitive robotic skin. Although this can already be done to some extent, the technology is still a long way from matching the tactile sense of our fingertips – which can pick up on bumps and ridges just fractions of a millimetre in size.

To tackle this challenge, a team of UK researchers have created a material which mimics the microscopic anatomy of our fingertips.

Introducing TacTip: In their study, Nathan Lepora and colleagues at the University of Bristol used advanced 3D-printing techniques to create a touch sensor named “TacTip.”

Just like our own fingertip skin, TacTip is composed of layers: an upper “epidermis,” made from a compliant, rubber-like material – and a lower “dermis,” made from tougher elastomer gel, which is far harder to deform.

In between these layers, the team printed a mesh of pin-like structures named “papillae,” where the dermis extends up into the epidermis — in our own skin, they create the swirls and ridges of our fingerprints.

In their design, Lepora’s team tipped these pins with markers, whose positions and speeds were closely tracked by a camera as the artificial skin came into contact with different surfaces.

TacTip then used the markers’ motions to model artificial electrical signals, which mimicked the signals generated by nerve cells in our fingertips in response to deformations in the epidermis. In our bodies, these signals are carried to our brains, allowing us to process information about the objects we touch.

Here, human participants were asked to touch complex patterns of bars, ridges, and gratings. As this happened, electrical signals in the participants’ brains were monitored in real time, which allowed psychologists to study how the signals varied as different structures and patterns were touched.

When TacTip was used to probe the same shapes, Lepora’s team found that the same patterns showed up in its artificial signals as those in the brains of the human participants over 40 years ago. This was a clear demonstration that the technology can mimic the tactile performance of our own fingertips.

TacTip still has a ways to go before it can match our tactile sense. As the team points out, its material is currently thicker and less flexible than real skin, meaning it doesn’t sense smaller objects as well as real skin.

While this prevents the skin from registering finer details, Lepora’s team hope that future improvements in 3D-printing techniques will soon allow them to overcome this challenge.

If TacTip is incorporated into prosthetics, amputees might gain a sense of touch in their artificial hands.

The big picture: The researchers envisage a wide array of uses for their technology. With the ability to match, or even outcompete our sense of touch, dexterous robots could learn about their surrounding environments in far more detail – with immense potential benefits in areas like industrial manufacturing.

But perhaps TacTip’s most exciting use could be found in tactile prosthetics, which would allow amputees to restore a sense of touch in their artificial hands.

Although the most advanced prosthetics available today can closely mimic the intricate networks of muscles, bones, and tendons in our hands, allowing a full range of movement, their lack of tactile sense means that users can’t completely regain their dexterity.

By translating TacTip’s electrical signals into sensory stimuli, prosthetic users could actually feel what they are touching, potentially taking us one step closer to fully replicating human limbs. 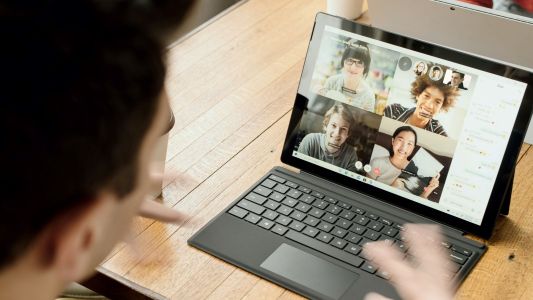