The release of several advanced generative AI systems was inarguably the biggest science and tech story of 2022 — DALL-E 2, ChatGPT, and others like them simply wowed the world this year with their ability to imitate human creativity.

Those AIs weren’t the only breakthroughs of 2022, though, and while you were busy writing screenplays with ChatGPT or creating new Pokémon with Stable Diffusion, you may have missed some of the less celebrated, but still remarkable science and tech achievements of the past year.

Here are seven such stories to help you get caught up before we ring in 2023.

Solar cells absorb light and convert it into electricity — but not very efficiently. Silicon-based cells, the kind most commonly sold, are only about 22% efficient, and their theoretical limit has long been just 29%.

In 2022, a team of Swiss scientists broke that limit with two different solar cells, both combining silicon and the mineral perovskite — with one cell, they reached an efficiency of 30.93%, and with the other, they managed to achieve 31.25% efficiency.

“Our results are the first to show that the 30% barrier can be overcome using low-cost materials and processes, which should open new perspectives for the future of [photovoltaics],” said researcher Christophe Ballif.

Unlike our skin or livers, our hearts have no regenerative abilities — the heart cells we’re born with are the only ones we’ll ever have. During a heart attack, many of these cells die, leading to the formation of scar tissue that hinders heart function and increases the risk of heart failure.

In 2022, researchers at King’s College London revealed that they are developing a treatment to reverse this damage, by prompting new heart cells to grow after a heart attack. These cells would then replace the dead ones, generating new heart muscle instead of a scar.

The treatment uses microRNA — delivered via the same nanoparticle technology used by the COVID-19 vaccines — to prompt the creation of the new heart cells. It’s been tested in rodents and pigs, and the researchers hope to launch human trials within the next two years.

While researchers work to undo the damage caused by heart attacks, Boston-based biotech company Verve Therapeutics is trying to prevent them with a treatment that went into human trials in 2022.

This treatment uses CRISPR to permanently deactivate a gene that causes LDL (“bad”) cholesterol to build up in the blood, considered to be the main cause of heart attacks and strokes. In monkey trials, it reduced LDL levels by 70% within just two weeks and kept them low for years.

Verve has launched trials in New Zealand and the UK this year to see if the treatment can help people with a genetic disorder that causes them to have dangerously high cholesterol, but plans for a US trial are on hold until it can provide the FDA with more safety data.

As of November 2022, at least three people have been dosed in the international trials, and the company expects to have initial data from those studies in the second half of 2023. Verve said it plans to respond to the FDA’s request “as expeditiously as possible” to get the hold lifted on its US trial.

To stop climate change, we need to transition toward cleaner sources of energy, but two of the most affordable alternatives — solar and wind power — depend on environmental conditions that vary with the seasons, meaning they can’t always generate the same amount of power 365 days a year.

If we could pair renewables with long-term batteries, we could make the whole system more consistent across the year, but today’s lithium-ion batteries lose energy while sitting idle, preventing us from storing energy in them for more than a few days or weeks.

But this year, a team from the Department of Energy’s Pacific Northwest National Laboratory announced the creation of a low-cost molten salt battery that can store energy for months, and if they can scale up the tech, it could accelerate the transition to a green electric grid.

People have been using UVC light to disinfect water, medical equipment, and more for decades, and when the COVID-19 pandemic began, some hospitals, restaurants, and other facilities started using it to kill coronavirus particles in indoor air, too.

Because UVC light also damages human cells, though, any disinfecting has to happen while a room is empty, putting a big logistical hurdle between us and a coronavirus-free environment.

In 2022, researchers from the US and the UK uncovered a way around that roadblock, demonstrating how a specific type of UVC light that isn’t harmful to humans — far-UVC — can kill 98% of the airborne microbes in a full-sized room in just five minutes.

“[E]vidence from multiple studies suggests it may be a safe way to prevent the transmission of any virus, including the COVID virus and its variants, as well as influenza and also any potential future pandemic viruses,” said co-author David Brenner from Columbia University.

Vaccines for COVID-19 have, understandably, dominated the news over the past few years, but shots to protect against other diseases — including respiratory syncytial virus (RSV) — made major strides in 2022.

RSV infections are often mild-to-miserable for healthy adults, but they can be deadly in infants, seniors, and people with certain health conditions, and an RSV vaccine has proven unattainable despite decades of research.

That could soon change.

This year, Pfizer announced the results of a phase 3 trial in which pregnant mothers were vaccinated against RSV in order to protect their unborn babies — that shot lowered the rate of severe RSV in newborns by nearly 82%.

Both Pfizer and drugmaker GSK released the results of phase 3 trials testing in-development RSV vaccines in seniors this year, too, and those were 85% and 94% effective at preventing severe illness, respectively.

Every year, more than 600,000 people die from malaria, and about half of those deaths are children under the age of five.

In 2021, a malaria vaccine developed by GSK became the first to secure a WHO recommendation. That was a huge breakthrough in the fight against the deadly disease, but the shot was still only 40% effective.

This year, the University of Oxford announced that a three-dose regimen of its malaria vaccine candidate was up to 77% effective at preventing malaria in children over a year of follow-up in a phase 2b trial — meaning a much better shot could be just on the horizon. 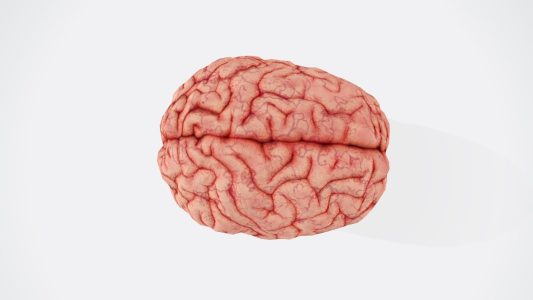 Brain
How to use the brain’s own immune cells to stave off Alzheimer’s
By Kristine Zengeler
Subscribe to Freethink for more great stories
Subscription Center
Sections
Video
Freethink
Subscribe
We focus on solutions: the smartest people, the biggest ideas, and the most ground breaking technology shaping our future.
Subscribe