Despite its popularity, the practice of microdosing — taking small, non-psychoactive doses of a psychedelic for mental health benefits — is currently bereft of strong scientific evidence.

Microdosing lacks the kind of clinical evidence that ketamine, psilocybin, and MDMA have accumulated for treating depression and PTSD. (Several are so promising that they seem on the precipice of being FDA approved in the US.)

It also, as a feature, avoids psychedelic trips, something that may be key to psychedelics’ potential beneficial effects.

Still, the practice has gained a following, as people report improvements in well-being, including enhanced creativity, improved energy, and just overall feeling better.

A new paper in Translational Psychiatry suggests that those benefits may be driven, at least in part, by the positive expectations of microdosing.

Great expectations: Although not as robust as other areas of psychedelic research, there is some evidence — gathered from observational and open-label studies, or online surveys — that microdosing is correlated with improved cognition, creativity, and mood, as well as reduced anxiety and depression.

But there is a big problem with these studies.

“Unfortunately, these studies lack adequate controls and are based on self-selected samples, rendering them vulnerable to confirmatory bias,” the researchers wrote — read: people are coming into this believing in it.

“This is especially problematic in the case of microdosing, since users make up a self-selected sample with optimistic expectations about the outcome of the practice,” they wrote.

“When restricted to studies that follow double-blind and placebo-controlled experimental designs, considerably less evidence supports the positive effects of microdosing.”

Subjects were asked to do a psychological self-assessment two days before dosing, tasks on Wednesdays and Fridays, and a battery of tests on Friday, including activities meant to measure creativity, cognition, and perception.

The electrical activity of their brains was also measured using electroencephalography (EEG), and participants were asked to explain how they felt microdosing may change their mental state.

The self-reported questionnaires showed a higher level of acute effects in the microdosing group, PsyPost explained, but only in subjects who had correctly figured out when they were taking psilocybin.

EEG readings were different on psilocybin as compared to a placebo, which may be a precursor to similar effects shown at higher doses of psychedelics.

But the team found no evidence of “positive impact of psilocybin on subjects’ creativity, cognition, or self-reported mental well-being,” PsyPost reported.

According to the team, their evidence suggests that the noticed effects of the psilocybin were stemming, at least partly, from the subject’s expectations of microdosing.

Limits and next steps: While adding a double-blind placebo control, the study still had important limitations — besides its small sample size — PsyPost reported. Among them is the short duration of observation; a longer look at microdosing may reveal cumulative effects, although the potential health impacts of microdosing must be studied first, the team says.

Participants were also not suffering from diagnosable mental health conditions, the presence of which may be tied to psilocybin’s benefits.

“Clearly,” the authors wrote, “more research is needed to decide whether microdosing with psychedelics can deliver at least some of its promised positive effects.” 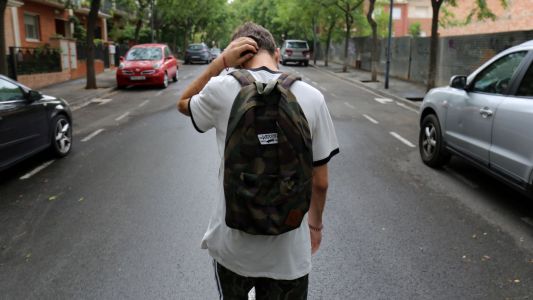 People are being diagnosed with depression earlier than in the past because of a decrease in stigma and better diagnostic guidelines.

Mental Health
This 20-year chart of depression diagnoses shows an incredible shift
By Saloni Dattani at Our World in Data
Subscribe to Freethink for more great stories
Subscription Center
Sections
Video
Freethink
Subscribe
We focus on solutions: the smartest people, the biggest ideas, and the most ground breaking technology shaping our future.
Subscribe