The Biden administration’s Department of Health and Human Services is anticipating that the FDA will approve psychedelic therapies, using MDMA and psilocybin, within two years, The Intercept reported.

The May letter — which had not been made public before — comes from the Substance Abuse and Mental Health Services Administration (SAMHSA). It was sent by Miriam Delphin-Rittmon, Assistant Secretary for Mental Health and Substance Use, to Representative Madeleine Dean of Pennsylvania.

“SAMHSA agrees that too many Americans are suffering from mental health and substance use issues, which have been exacerbated by the ongoing COVID-19 pandemic, and that we must explore the potential of psychedelic-assisted therapies to address this crisis,” Delphin-Rittmon wrote.

And under current federal law, those Americans — and the therapists who want to help them — could face high stakes.

“It also leaves consumers whose lives are helped by these substances subject to legal repercussions— some of them severe.”

Psychedelic turnaround: The letter marks an about face from decades of federal drug policy, which has classified psychedelics like MDMA and psilocybin as Schedule 1 drugs, “with no currently accepted medical use and a high potential for abuse.”

But presented with a worsening mental health crisis and a wealth of academic evidence showing psychedelic therapy’s efficacy against disorders like major depression and PTSD, the government and major institutions, such as Johns Hopkins, NYU, and Mount Sinai, have begun to come around.

“For decades, we have been making the case for what the Administration is now acknowledging: psychedelic-assisted therapies may become a key in addressing the most urgent mental health challenges of our time and reducing needless suffering,” Rick Doblin, founder and executive director of MAPS, said in a statement.

What the science says — and doesn’t: Numerous studies across various institutions have found that psychedelic drugs like ketamine, psilocybin, and MDMA, when combined with therapy, are effective in some patients for major depressive disorder and PTSD — sometimes more so than typically prescribed drugs.

Ketamine, an anesthetic, works as a fast-acting antidepressant, alleviating symptoms for some patients within days. Ketamine infusion clinics are already offering the drug — which has the benefit of being legal — to patients.

Psilocybin (the active ingredient in magic mushrooms) has led to clinically significant improvements in major depressive disorder, with similar results being found in clinical trials of MDMA-assisted therapy for PTSD among trauma survivors.

The letter marks an about face from decades of federal drug policy, which has classified psychedelics like MDMA and psilocybin as Schedule 1 drugs “with no currently accepted medical use and a high potential for abuse.”

“There is growing evidence from well run clinical trials that these therapies can be delivered safely and may be highly effective,” Boris Heifets, who researches psychedelic therapies and the brain at Stanford, tells Freethink.

The evidence is significant enough that the Biden administration expects FDA approval of psilocybin for depression and MDMA for PTSD “within approximately 24 months.” But, as HHS and Heifets both acknowledge, there are complex issues surrounding the rollout of these therapies to patients.

“The big question is how to scale it up from the relatively small studies,” Heifets says. Key issues include sussing out the certifications needed for psychedelic therapists, if the government will regulate the therapies, and if there will be a registry to track patients receiving them, Heifets says.

That’s just the regulatory side. On the scientific side, there are concerns about patient adverse events that will need to be studied, as well as figuring out who the best candidates for psychedelic therapy are — and are not.

“Lots to be done,” Heifets says, “and the fact the federal government is thinking about these issues suggests they are taking the possibility of legalizing these therapies seriously.”

The feds vs. psychedelics: Of course, the government already takes psychedelics very seriously — just not alway as medicine.

Researchers, including government scientists, once studied psychedelics. But Nixon’s politically and racially motivated war on drugs made them illegal and drove psychedelic research — and use — into the shadows.

“The Biden administration letter was certainly a surprise, given the track record of the government over the last 1/2 century towards these compounds,” Charles Grob, UCLA psychedelic researcher and investigator for The Lundquist Institute, tells Freethink.

In addition to the science being done, Grob thinks there are cultural factors coming into play as well, as a new generation of politicians slowly replaces the old guard. (Ironically enough, under the aegis of America’s oldest sitting president.)

“I think the younger leaders have not been as strongly impacted by the turbulent history of the Sixties, and are less prone to making decisions based on those old events and the attitudes that evolved from them,” Grob says.

“In other words, the ghost of Timothy Leary is no longer impeding progress as the field moves forward.” 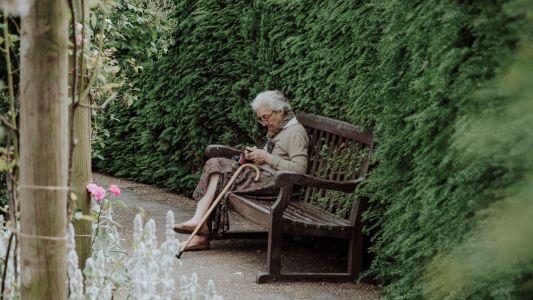 Scientists reviewed 40 years of clinical studies that assessed the effects of NA-targeting drugs, such as certain ADHD drugs, on Alzheimer’s.