A cruel reality of opioid overdoses is that effective and safe antidotes exist, capable of restoring respiration and saving lives. The problem is how to get drugs like naloxone to the people who need them, when they need them — when seconds matter.

Researchers at the University of Washington’s Paul G. Allen School of Computer Science, along with their fellow Huskies at UW Medicine, have designed a wearable device like an artificial pancreas that can detect the signs of an opioid overdose and automatically inject naloxone, which can restore breathing.

“This wearable auto-injector may have the potential to reduce fatalities due to opioid overdoses,”  Shyam Gollakota, professor of computer science and engineering at UW, said.

“We are hopeful it can have a tangible impact on a big source of suffering in this country.”

The other epidemic: “The opioid epidemic has become worse during the pandemic and has continued to be a major public health crisis,” lead author and Allen PhD. student Justin Chan said.

Fears of overdose deaths increasing amid COVID lockdowns, economic and social disruption, and the psychological and emotional distress wrought by the pandemic have come to pass in a tragic way.

CDC preliminary data estimates that over 100,000 Americans died of overdoses in the 12 months after the country locked down in March 2020. The death toll is the highest ever recorded, an increase of 25,000 deaths compared to the 12 months prior to the pandemic.

Fatal overdoses were up nearly across the board, as opioid, synthetic opioid (mainly, fentanyl), psychostimulant (meth), and cocaine deaths all increased.

AI vs. ODs: The UW researchers’ wearable, published in Scientific Reports, is the latest idea in an approach to drugs called “harm reduction.” The strategy aims to reduce overdoses by making drug use safer, with interventions like supervised use facilities, needle exchanges, and distributing naloxone.

Naloxone can reverse overdoses, but it has to be administered by someone else. People consuming drugs alone are at high risk of overdose, since there’s no one around to call 911 or administer naloxone — something that may have gotten worse in the era of social distancing.

The UW wearable works by detecting when a wearer is suffering from an opioid overdose and then injecting naloxone automatically to reverse it.

Naloxone can reverse overdoses, but it has to be administered by someone else.

It is worn on the wearer’s stomach, similar to an insulin pump or artificial pancreas, combined with sensors that detect patterns in breathing and motion. When it detects that the wearer has stopped breathing and moving, it injects naloxone using an under-the-skin injection device, developed in a collaboration with West Pharmaceutical Services in suburban Philadelphia.

The prototype uses accelerometers to measure respiration, and a built-in processor can detect the absence of the motions that signify normal breathing. All of that data is sent to an AI, which determines if an injection of naloxone is necessary.

“We have created algorithms that run on a wearable injector to detect when the wearer stops breathing and automatically inject naloxone,” Chan said.

How to train an AI to save a life: Those algorithms need training, however, and to acquire the crucial breathing data, the researchers worked with volunteers in a Vancouver safe injection facility.

Working with 25 volunteers, the AI was able to learn the respiration rates of people with opioid use disorder. The algorithm could also identify the signs of non-medical opioid-induced apnea, a breathing problem which often heralds an overdose.

The small Vancouver study was only used to acquire breathing data to help train the AI; it did not involve the actual injection of naloxone.

Researchers have designed a wearable device that can detect the signs of an opioid overdose and automatically inject naloxone, which can restore breathing.

Naloxone was injected into volunteers at a second study at the UW Medical Center. The hospital study had 20 volunteers simulate an opioid overdose. While wearing the injection system, the participants first performed two breathing exercises to give the AI a baseline for their breathing.

Then they faked an overdose by holding their breath for 20 seconds; the algorithm recognized their “distress” at the 15 second mark and successfully injected naloxone. Post-injection blood analysis determined that the device got naloxone into their system.

The bigger picture: While the UW team’s work had previously shown that an AI can detect an overdose, getting naloxone to the user in time remained the crucial challenge, said UW’s Gollakota. The proof-of-concept device could potentially be this next step.

“This has the potential to be transformative for millions of people who have opioid overdose disorder.”

No matter how effective the device proves to be — and it will need further training and testing — it won’t save lives if it can’t get to the people who need it. And that means receiving approval from the FDA, which has released special guidance for injection devices as it looks to combat America’s spiraling overdose crisis.

“Further work is needed, but this closed-loop system could potentially be transformative if it allowed an unwitnessed overdose to be detected and immediately treated while help was on the way,” Jacob Sunshine, a physician scientist at UW Medicine, said. 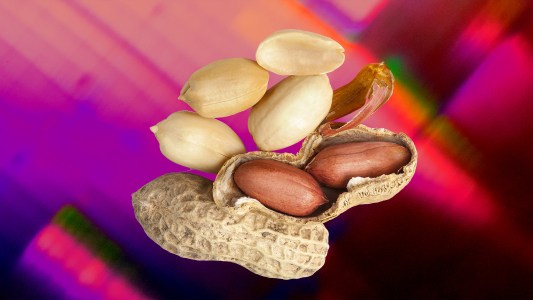 A peanut allergy can be debilitating at best, and life threatening at worst. A new possible treatment looks to be safe to wear for at least three years.

Food
A patch to treat peanut allergies appears safe to wear for years
Subscribe to Freethink for more great stories
Subscription Center
Sections
Video
Freethink
Subscribe
We focus on solutions: the smartest people, the biggest ideas, and the most ground breaking technology shaping our future.
Subscribe