A hormone treatment prompted heavy-drinking monkeys to cut their alcohol consumption by 50%, and it could one day make it easier for people to curb their own drinking.

The challenge: Some people like to have an alcoholic drink now and then, but others drink excessively. This can lead to health issues — cancer, high blood pressure, liver disease, etc. — and make it hard to maintain personal relationships or steady employment.

If a person wants to cut back on excessive alcohol consumption, they largely have to rely on willpower and group support — the few FDA-approved medications to treat alcohol use disorder produce only modest effects.

The background: Human genome studies have found a link between increased alcohol consumption and variants in the gene that produces a hormone called “FGF21” in the liver.

Past research has shown that administering this hormone to rodents could decrease their alcohol consumption, but no one knew whether the same would be true for more complex animals or what exactly was happening in the brain following the FGF21 administration.

What’s new: A University of Iowa-led team of researchers has now demonstrated that giving the FGF21 hormone to vervet monkeys can reduce their alcohol consumption by 50%.

In repeat tests on mice, they saw the same decrease but were also able to identify a specific area of the rodents’ brains that was affected by the hormone.

Curbing alcohol consumption: When monkeys have access to alcohol, they tend to approach it the same way people do: some avoid it, some drink in moderation, and others drink a lot.

For their study, the researchers found 20 heavy-drinking vervet monkeys. They gave the animals access to water and ethanol for four hours a day over four days to determine how much each naturally liked to drink.

By targeting FGF21 signaling, we may be able to prevent excessive alcohol consumption in humans.

After that, they gave half of the monkeys a FGF21 analogue (basically, synthetic FGF21). Those monkeys drank 50% less alcohol than they did previously, while the untreated animals continued to consume alcohol at their previous rate.

“The implications are that targeting FGF21 signaling has the potential to serve as a new therapeutic strategy to prevent excessive alcohol consumption in humans,” senior study author Matthew Potthoff said in a press release.

The next steps: Now that the researchers know what part of the brain is affected by FGF21, they want to learn more about how the hormone leads to animals drinking less.

“We are very interested in determining how FGF21 decreases alcohol consumption at the behavioral level,” co-first author Kyle Flippo said.

“For example, does FGF21 decrease the rewarding effects associated with alcohol consumption or increase the aversive consequences of consuming alcohol in excess?”

The big picture: FGF21 isn’t the only promising lead researchers are pursuing in the hope of helping people stop drinking excessively.

Researchers at Imperial College London have found that a combination of MDMA and psychotherapy might help curb drinking, and a trial at the University of Exeter determined that ketamine plus therapy is another promising way to help former drinkers stay sober.

None of these treatments are ready for mainstream use, but they all suggest that the cure to excessive alcohol consumption lies in the brain — and thanks to this monkey study, we’re a little closer to being able to tap into it. 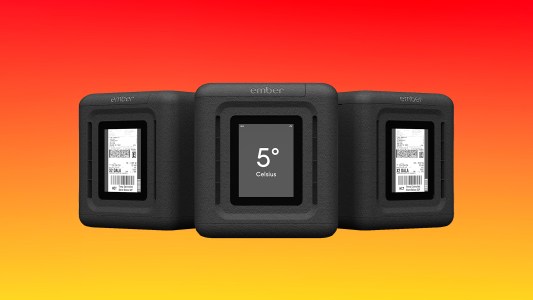