A French startup’s genetically engineered houseplant is 30 times more efficient at pulling common pollutants from indoor air than any plant found in nature — and you can soon order one of the high-tech houseplants for your own home.

The challenge: Many common household products emit molecules called “volatile organic compounds” (VOCs). When inhaled, VOCs can increase the risk of health problems, ranging from headaches to organ damage (and possibly even cancer).

Because they’re so ubiquitous in our homes, concentrations of many VOCs can be 10 times higher indoors than outdoors — and getting rid of them isn’t easy.

Mechanical air filters can’t effectively remove the molecules, and in some cases, they actually produce VOCs themselves. Regularly opening windows isn’t ideal in cold weather, and while air exchangers can minimize VOC levels indoors, they can cost a few thousand dollars to install.

Certain houseplants can theoretically remove VOCs from the air, but to get the same benefits as an air exchanger, you’d need to pack at least 100 typical houseplants into every square meter of your home, according to a 2019 study out of Drexel University.

What’s new? Using genetic engineering, French startup Neoplants has developed an atypical houseplant, dubbed “Neo P1,” that it says is up to 30 times more effective at removing VOCs from indoor air than the most efficient plants found in nature.

In October, the company announced that it would begin selling its genetically engineered houseplant — a version of the popular pothos vine, also known as “Devil’s ivy” — for $179, with pre-orders starting in the first quarter of 2023.

“It’s like trying to build a plane while flying.”

How it works: Neoplants chose to work with pothos because its large leaves and naturally fast growth meant it already absorbed a relatively large amount of pollutants. Its hardiness, meanwhile, meant it could appeal to people who lack a green thumb.

Unfortunately, the plant isn’t the subject of much research, which meant Neoplants had to first sequence pothos’ genome itself and then try to figure out which genes to tweak (and how to tweak them) in order to supercharge the plant’s filtration of VOCs.

Ultimately, the company opted to engineer not only the plant, but also its “root microbiome,” inserting genes from bacteria that eat toxic chemicals into the symbiotic microorganisms that naturally live inside and around its roots.

Each Neo P1 the company sells comes with three months worth of “power drops” containing the boosting microorganisms — it recommends applying those to the plant’s water once a month to maintain its peak air purifying performance.

The genetically engineered houseplant also comes with a Shell stand that maximizes the plant’s air intake and contains a water reservoir that simplifies maintenance.

The cold water: It’s not clear when Neoplants expects to begin delivering its genetically engineered houseplant to customers, nor how much Neo P1’s efficiency drops off if a customer stops feeding the plant its monthly power drops.

While 30 times the VOC-removing power of other plants is impressive, it’s not clear how that compares to ventilation or an air-exchanger.

The 2019 Drexel study estimated you’d need a virtual jungle of houseplants to clean indoor air; even scaling that down by a factor of 30 could mean quite a few plants. And at $179 a plant, if health concerns around VOCs are your primary concern, an air exchanger might be the cheaper option for purifying your entire house.

The bottom line: Neo P1 might be Neoplant’s first genetically engineered houseplant, but the company doesn’t expect it to be its best — the startup just opened a new R&D lab and plans to continue developing its plants to make them even more efficient air purifiers.

“Our team is committed to building a green and vibrant future here on earth, where plants are upgraded as frequently as our phones, where people can see and feel the benefits of nature as clearly as any piece of technology,” said Torbey. 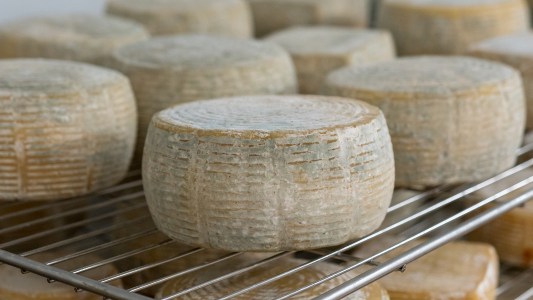 A new set of experiments has shown for the first time how the unique flavors of different cheeses can be linked to specific types of bacteria.