NASA and the Department of Energy (DOE) are asking U.S. companies for help putting a nuclear reactor on the moon by 2031.

“Providing a reliable, high-power system on the moon is a vital next step in human space exploration, and achieving it is within our grasp,” Sebastian Corbisiero, the Fission Surface Power Project lead at the DOE’s Idaho National Laboratory, said in a news release.

The challenge: NASA plans to send astronauts back to the moon as soon as 2025, with the goal of establishing a long-term presence on its surface. While there, astronauts will conduct research that will help NASA figure out how to send humans to Mars for the first time, perhaps by learning how to extract rocket fuel from moon ice.

They won’t be able to conduct that research, though, if they don’t have plenty of power for their rovers, life-support systems, and other tech.

Some of this power can come from solar panels, but lunar nights can last for weeks, and NASA also wants to be able to explore places sunlight can’t reach, such as deep within the moon’s lava tubes.

The idea: NASA believes nuclear could be the ideal energy source for lunar astronauts since it’s reliable and powerful. It actually might not be too difficult to put a nuclear reactor on the moon, either.

While the nuclear reactors providing power here on Earth tend to be massive, researchers are already developing “microreactors” small enough to transport by truck — and the less weight NASA has to send up, the cheaper the mission will be.

“A reliable, high-power system on the moon is a vital next step in human space exploration.”

The ask: NASA and the DOE are now asking U.S. companies to help them put a nuclear reactor on the moon for a demonstration within the next 10 years.

Specifically, they want proposals for nuclear systems capable of producing 40 kilowatts — about how much 30 households use over the course of a decade — while operating autonomously from the deck of a lunar lander or rover.

Proposed reactors must also weigh less than 13,200 pounds (about 6,000 kg) and be able to fit in a cylindrical container 18 feet long and 12 feet wide.

Looking ahead: Proposals must be submitted by February 9, 2022. NASA and the DOE will then spend a year helping chosen companies further develop their nuclear reactor designs.

Using what they learn from that process, NASA and the DOE will then ask companies for final design ideas. One of those systems will then be built and sent to the moon within the next decade, if all goes according to plan.

The big picture: Putting a nuclear reactor on the moon would not only help with space exploration, it could also “drive innovation for uses here on Earth,” according to NASA’s Reuter — and that could be huge in the fight against climate change.

Nuclear is the most reliable source of clean energy we currently have available, but many existing plants are nearing the end of their lifespans, and building similarly sized replacements can take billions of dollars and most of a decade.

Smaller nuclear reactors could be put into use far more quickly and for far less money, if we can work out the kinks in developing them — and NASA’s plan to put a nuclear reactor on the moon could help us get there. 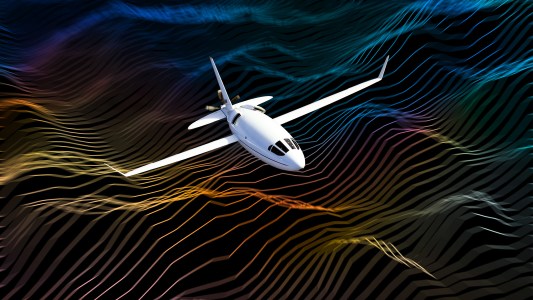 Otto Aviation has finished phase 1 flight testing of its Celera 500L, a highly efficient airplane that could cut the cost of air travel.