NASA’s Deep Space Food Challenge is giving away $1 million to members of the public that can demonstrate innovative solutions to the problem of feeding astronauts on long-term missions.

The challenge: Astronauts on the International Space Station (ISS) primarily eat canned or dried foods sent from Earth during regular resupply missions. Those missions aren’t cheap, but they are relatively simple, as the ISS is just 250 miles from Earth.

Getting food to astronauts living on the moon (225,000 to 250,000 miles away) or Mars (35.8 million to 250 million miles) would be far more complicated and expensive, so it makes sense to think about how astronauts can produce at least some of what they’ll eat on site.

NASA can’t exactly send astronauts to Mars with some seed packets and well wishes, though. The planet’s weak sunlight, strong surface radiation, limited water supply, extreme temperatures, and other environmental conditions mean we need to rethink food production from the (dusty) ground up.

The idea: NASA launched Phase 1 of the Deep Space Food Challenge in January 2021, asking members of the public to share their ideas on how to feed a crew of four during a three-year-long deep space mission.

This one will have a prize purse worth $1 million, and teams will have to demonstrate a working prototype of an off-world food production system and submit food for judging. Registration is open until February 28, and teams that didn’t participate in Phase 1 can still enter Phase 2.

“Pushing the boundaries of food technology will keep future explorers healthy and could even help feed people here at home,” he continued. 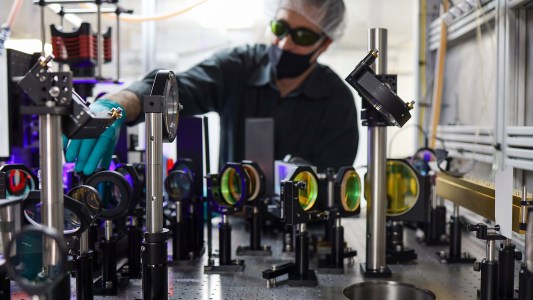 Metal 3D printing could potentially cut the cost of manufacturing cars, consumer tech, and more — if it can scale.