As if the alt meat industry couldn’t get any weirder.

In a 22,000 square foot greenhouse in Iceland, researchers are experimenting with over 100,000 genetically modified barley varieties — for the sole purpose of creating lab-grown meat.

From plant to meat: ORF Genetics, the firm behind the greenhouse, utilizes high-tech hydroponic farming methods to grow the genetically modified barley. The seeds from the barley are harvested and purified. Then the team extracts “growth factor” proteins, which can be collected and processed to develop lab-grown meat.

Because barley has a closed biological system, its pollen will not pollinate other plants — not even plants sitting directly next to it. Because of this closed system, no plant can spread its genes to other plants. That is why ORF Genetics can grow so many varieties under a single roof, and not worry about cross-contamination.

Over 79 million Americans used meat alternatives. Most of those non-meat consumers aren’t even vegetarian.

Growth factors play an essential role in stimulating the growth of tissues, muscles, fat, and stem cells, reports Futurism. Without them, lab-grown meat would be impossible today. Even though animals currently provide the growth factors used by lab-grown meat producers today, it is believed that this barley plant strategy will be more cost-effective and scalable.

Because these growth factors are vital for stem cell health, ORF Genetics released a skincare product containing them in 2010. Now they want to enter the meat industry.

Tofu is out: When I told my mom I was having a vegetarian wedding, her reply was: “But I don’t like tofu.”

Tofu is no longer the only meat protein alternative. Now we have Impossible this and Beyond that. There is clean meat, murder-free meat, and 3D-printed meat. There is lab-grown seafood, dogfood, and cultured breastmilk (which isn’t meat but is on par in weirdness).

And there are protein alternatives that don’t pretend to be fish, bird, or mammal meat, like edible insects. Scientists have even 3D-printed chicken nuggets in space. There are so many alt meat options in the works that I would like to line them up and compare the taste (among other things — don’t get me started on the merits, or demerits, of TVP).

In 2019, over 79 million Americans used meat alternatives. Most of those non-meat consumers aren’t even vegetarian. With the number of alt meat eaters expected to grow, and the pressure to make more protein to feed a growing population, we can expect that meat grown from genetically modified barley won’t be the last (or strangest) stab at replacing meat.

Why this matters: The cost of producing cell-based meats is decreasing, but growth factors are still among the priciest elements in the process, limiting scalable production and commercialization.

This work could reduce or eliminate the reliance on live animal products in the lab-grown meat business and save money on growth factors. Because meat leads to nearly 60% of all greenhouse gases from food production, this could even help fight climate change, reports Interesting Engineering. 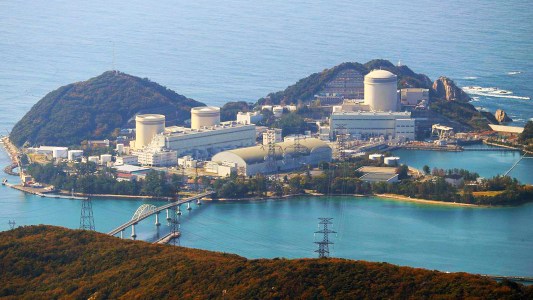 Three of Japan’s nuclear reactors closed after the Fukushima disaster are restarting, a controversial move designed to reduce CO2 emissions.