MIT engineers have designed a levitating space rover that could allow us to explore parts of the moon that are too treacherous for today’s rolling rovers.

The challenge: Rovers are hugely important to space exploration, giving us a way to study the surface of the moon, Mars, and asteroids up close without sending up astronauts.

The problem with existing rovers, though, is that they rely on wheels to get around. That means they can have trouble navigating uneven terrain, which limits the areas we can explore, and wheels can break down or get jammed easily.

“With a levitating rover, you don’t have to worry about wheels or moving parts.”

Float on: MIT engineers have now developed a space rover designed to levitate above the surface of the moon, asteroid, or other airless body rather than roll directly across it.

“With a levitating rover, you don’t have to worry about wheels or moving parts,” Paulo Lozano, director of MIT’s Space Propulsion Lab, told MIT News.

“An asteroid’s terrain could be totally uneven,” he continued, “and as long as you had a controlled mechanism to keep your rover floating, then you could go over very rough, unexplored terrain, without having to dodge the asteroid physically.”

How it works: Because they lack atmospheres, the surfaces of the moon and asteroids are directly exposed to the sun in a way that can cause them to develop an electric charge — on the moon, this charge is actually strong enough to levitate dust several feet above the surface.

This charge wouldn’t be enough to levitate something as heavy as a space rover — the moon’s gravity would keep it on the ground — but the MIT team suspected that they could get around this by equipping the bottom of a saucer-shaped rover with tiny ion thrusters.

By using these thrusters to beam positively charged molecules at the ground, they calculated that they could increase the electric charge pushing up against the space rover, causing it to levitate. They then built a palm-sized prototype and tested their theory in the lab.

Light lift: Based on those tests, the engineers determined that we could levitate a space rover weighing 2 pounds (on Earth) about 1 centimeter above the surface of the moon with a 50-kilovolt source of electricity. We could do the same on an asteroid with just 10-kilovolt source.

“This kind of ionic design uses very little power to generate a lot of voltage,” Lozano said. “The power needed is so small, you could do this almost for free.”

“In principle, with better modeling, we could levitate to much higher heights,” he added.

“The idea is that you launch multiple of the rovers.”

The 2-pound weight limit means the levitating space rover wouldn’t be able to carry nearly as many instruments as a ground-based rover, but the researchers envision their tiny rovers working in fleets.

“The idea is that you launch multiple of them,” lead author Oliver Jia-Richards told Popular Science.

The big picture: There’s no plan to actually test MIT’s levitating space rover on the moon just yet, but it isn’t our only option for overcoming the problem of rough extraterrestrial terrain.

Japan plans to launch a sphere-shaped rover that could roll itself over the moon’s surface this year, while U.K. startup Spacebit is developing a spider-like rover to “walk” across it.

NASA’s Ingenuity helicopter has already proven we can fly robots above the surface of other planets (provided they have some kind of atmosphere), and one day, we might send dexterous robot dogs to Mars to explore underground tunnels too treacherous for wheeled rovers. 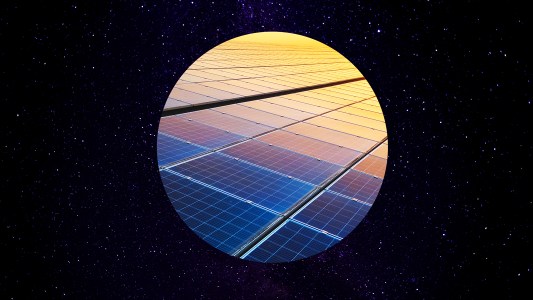 Scientists at TalTech are working on solar cell technology using microcrystals that are only about the size of a grain of sand — hoping to power a moonbase.

Clean Energy
The plans to generate electricity on the moon
Subscribe to Freethink for more great stories
Subscription Center
Sections
Video
Freethink
Subscribe
We focus on solutions: the smartest people, the biggest ideas, and the most ground breaking technology shaping our future.
Subscribe